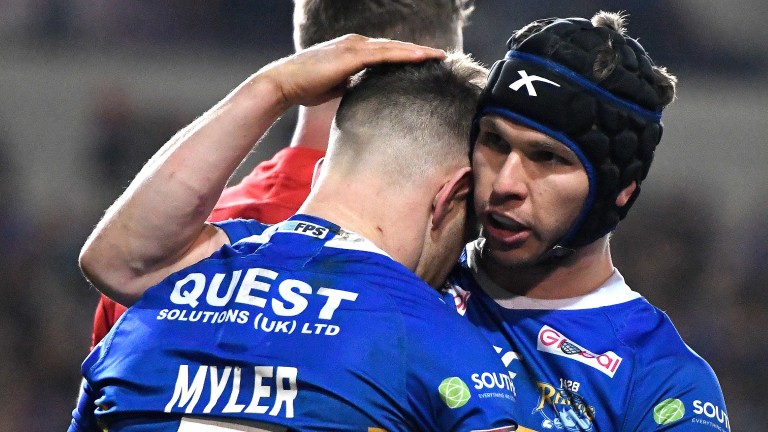 It’s almost five years since Bradford Bulls and Leeds Rhinos locked horns in one of rugby league’s marquee derbies and there’s a real sense of anticipation about the Coral Challenge Cup clash between the Yorkshire rivals.

The Bulls have been in the wilderness since their relegation from the Betfred Super League in 2014 and subsequent liquidation but they are now back in the Championship after a season in League One.

The road to recovery is being navigated by wily coach John Kear, who masterminded the most famous cup final upset of all in 1998 when Sheffield stunned Wigan.

Kear was also in charge of Hull in 2005 when they shocked Leeds in the final in Cardiff.

Ironically, his assistant that day was Richard Agar, who has suddenly found himself temporarily in the Leeds hotseat for this match after the surprise sacking of coach David Furner earlier this week.

Agar will have to lift the Rhinos after their 28-16 defeat at Salford, the club’s sixth consecutive away loss, which leaves them just two points off the foot of the table.

Given their current form Leeds look vulnerable favourites at 1-7 and they can’t be fancied to cover a handicap in the high teens.

There’s little doubt that coach Kear will be licking his lips at the prospect of springing a 7-1 shock and while that’s worth a speculative punt, the best bet could be to support the underdogs with a ten-point start on the first-half handicap.

The Bulls are likely to try to rattle the Rhinos' cage early on to test their fragile confidence.

They trailed Championship pacesetters Toronto 14-12 at the break in Canada last weekend and have a decent home record.

Bradford have won their last five games at Odsal including an extra-time cup win over Featherstone when a drop goal from Leeds loanee Jordan Lilley proved to be the golden point.

The Rhinos have surprisingly allowed the half-back to play against them and he’s 16-1 to be named man of the match against his parent club.

Catalans should have few problems as they start the defence of the cup at home to League One Doncaster. The 1-100 Dragons are tasked with conceding a 50-point handicap.

Salford are 2-7 to see off Hull KR at the AJ Bell Stadium. Rovers receive a ten-point buffer on the handicap.

FIRST PUBLISHED 8:00PM, MAY 10 2019
Given their current form Leeds look vulnerable favourites at 1-7 and can?t be fancied to cover a handicap in the high teens