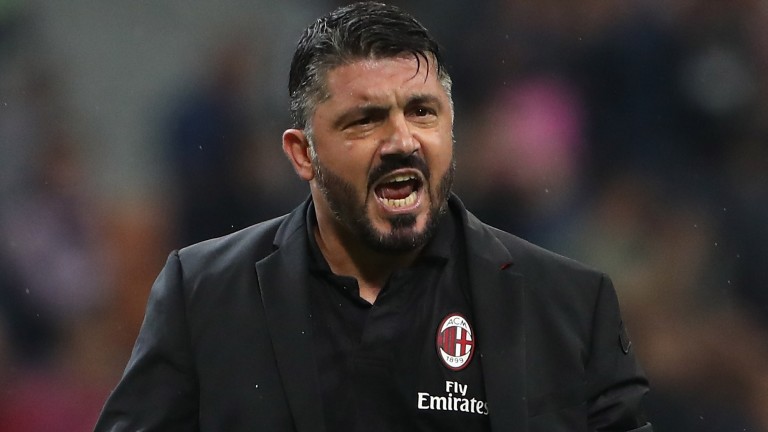 Roma v Chievo 11.30am
It's been a tough start to the season for Chievo, who have conceded nine times in matches against Juventus and Fiorentina, and the Flying Donkeys were then deducted three points for accounting irregularities.

Chievo drew with Empoli before the international break, but they are up against a top side and it should be easy enough for free-scoring Roma to assert their extra quality in the final third.

Key stat
Chievo have conceded 13 goals on their last four visits to Roma.

Juventus v Sassuolo 2pm
Sassuolo rolled over in Turin last season, going down to a pathetic
7-0 defeat, but they should be more competitive this year despite their horrendous record against the Italian champions.

There is a different look to Sassuolo with Kevin-Prince Boateng adding a new dimension to their play and they can keep tabs on Juve, who are still waiting for Cristiano Ronaldo to open his account.

Key stat
Sassuolo have scored one goal on five visits to Juventus.

Empoli v Lazio 5pm
Empoli have competed reasonably well on their return to Serie A but the Tuscan outfit could find themselves outclassed by a Lazio team who only just missed out on the Champions League qualification spots in Serie A last season.

Lazio lost their opening two matches, although those were against Napoli and Juventus, so are forgivable defeats. They bounced back against Frosinone and can continue the upward curve.

Key stat
Lazio won more away games (12) than at home (nine) in Serie A last season.

Cagliari v Milan 7.30pm
Milan threw away a two-goal lead in their opening 3-2 defeat at Napoli before deservedly beating Roma at San Siro and the Rossoneri revolution can gather pace at Cagliari.

Gonzalo Higuain has not yet opened his account for Milan but it's surely just a matter of time before the Argentinian goal machine gets off the mark.