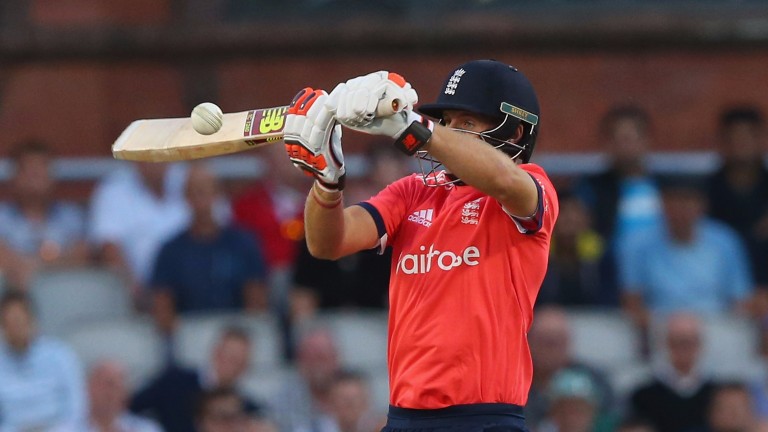 Joe Root was enraged about being given out lbw despite a huge edge to the first ball of the final over on Sunday when England needed eight runs to claim the T20 series spoils in Nagpur and their subsequent defeat.

But he and the Three Lions should just chalk it up as one of those things and be hopeful of another decent effort if not confident of securing the trophy in this finale in Bengaluru.

Following on from their calm and controlled performance in winning the first shortest-format encounter in Kanpur on Thursday, England’s bowlers and fielders were largely excellent in keeping Virat Kohli and his charges to 144 and there was little to get het up about in the foiled chase.

Sam Billings is under orders to go all out in attack, Jason Roy got a good ball, skipper Eoin Morgan was putting together another fluent knock when undercutting a legside loft, Ben Stokes was on a roll with some telling blows when plumb in front after being reprieved of a second-ball duck by a no ball and Jos Buttler was obliged by the runs-to-balls ratio to try and clear the ropes. Jasprit Bumrah’s final over deserves praise but on another day England could have won cosily.

The sides look well matched and while the M Chinnaswamy Stadium tends to produce belters for batting in the IPL, it would not surprise if another low-scoring contest like at Green Park and the Vidarbha CA unfolds. In four previous international T20s in Bengaluru, the highest total has been 157. The chasing side have won three and India prevailed by one run in the fourth because Bangladesh lost three wickets in three balls.

The outcome of the toss may be important in determining value in the result market, but it’s likely that another rock-solid Root contribution will be needed and he is clearly in the mood and form to produce it. Back him to be England’s top runscorer at 7-2 with Sky Bet.

Root, who is brilliant at rotating the strike as well as finding the boundary, made 46 not out in the series opener and 38 on Sunday and in the two ODIs he played last month he cracked 78 and 54. He also underpinned the Three Lions’ innings in the World T20 final in Kolkata last March with 54 after a series of fluent knocks.

Chris Jordan was England’s top wicket-taker in Nagpur with 3-22 and he looks worth a wager to claim the honours again.

Seamers have prospered as much as spinners in the four international T20s at the venue and after tuning up in the Big Bash, Jordan has been mixing up his lengths, lines and pace superbly and is a Morgan go-to-man in the final overs when wickets can tumble in clumps.