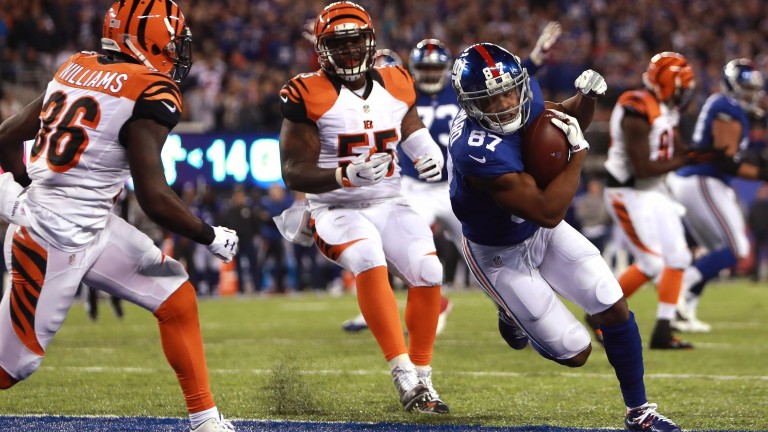 Dallas became the first team to guarantee their place in the playoffs last week and they will be looking to take care of some unfinished business.

Their arch NFC East rivals, the New York Giants, are the only team to have beaten the Cowboys this season in a 20-19 win on the opening weekend.

And there is a decent chance that the team from the Big Apple can provide Dallas with plenty to think about.

The Cowboys have had extra three days of rest but they were not able to fully convince against Minnesota, who would have taken the game into overtime had they not made a complete hash of a last-ditch two-point conversion.

Rookie running back Ezekiel Elliott has been the star of the show but the Giants have the fifth-best run defence in the league, so it looks an interesting match-up.

And the Giants should be geared to right some wrongs having seen costly offensive slips cost them victory at Pittsburgh last week. It could have been a different story had Eli Manning not committed a key interception in the second quarter.

The Giants do not have much of a running game and with the Cowboys having conceded 20 of their 25 touchdowns through the air, it may not be a huge problem.

Odell Beckham will get the most attention but rookie Sterling Shepard, who has scored touchdowns in four of his last five games, can get in on the scoring act.

New York Giants
Left guard Justin Pugh hopes to be back after a knee injury but defensive end Jason Pierre-Paul is out after a hernia operation. Running back Shane Vereen is nearing a return from an arm injury.