Rams defence on a par with the best 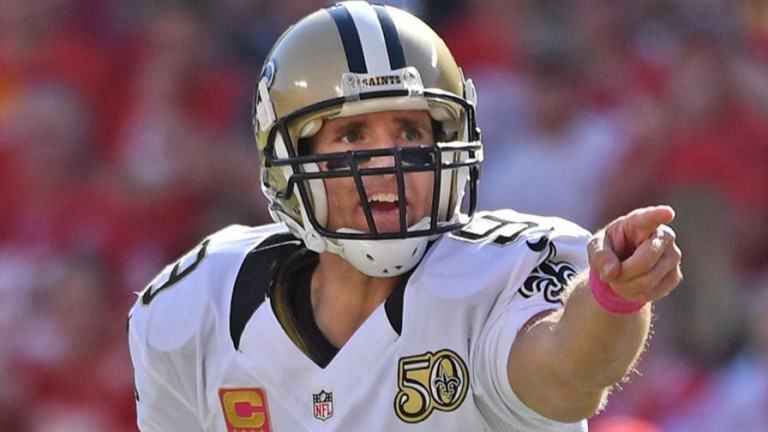 The Rams defence is on a par with the best the NFL has to offer – they have held the dynamic New York Giants and Carolina to 13 and 17 points in recent weeks.

The difficulty is that they have not scored enough to force their way into competing for a playoff place in their first season since leaving St Louis.

Fisher’s team have posted just 39 points in their last four outings, but they should have an opportunity to boost their average when they head to New Orleans.

The Saints’ capabilities are the polar opposite as seasoned quarterback Drew Brees remains Sean Payton’s greatest asset while they have conceded a whopping 28.6 points per game this season.

Much of the pressure will fall on Rams quarterback Jared Goff, who will be playing his second match since the Rams traded to select him as the number one pick in March’s draft.

The Louisiana Superdome can be an intimidating atmosphere, but he should be afforded more time in the pocket than he did against Miami last week.

The Dolphins defence is much stronger and the Saints do have issues in putting weaker teams to the sword on their own patch.

They have covered the handicap on just two of the last eight occasions they have faced a team with a losing record at home.

And if the Rams defence can put plenty of pressure on Brees then the Californians can remain competitive in a game that both teams, who have 4-6 records, need to win to ensure they stay in touch with the playoff chase.

It has been another season where early optimism at Jacksonville has been quickly extinguished and they will miss out on a winning season for the ninth successive campaign.

Gus Bradley’s team have lost their last five matches, but they have a decent chance of staying competitive in Buffalo.

The Jags have lost by five points to Kansas City, three points against Houston and by seven to Denver in their last three matches and all of those teams are fancied to make the playoffs this year.

Buffalo are struggling in that respect, even though they ended a three-match losing run by beating Cincinnati 16-12 last week.

The Bengals have been below par, though, for much of the season and the Bills could struggle if they are without running back LeSean McCoy, who has been struggling with a thumb injury.

Early action
Dallas claimed their tenth win of the season with a Thanksgiving
31-26 NFC East win over Washington and have the best record in the conference.

Detroit strengthened their position in the NFC North with a last-gasp 16-13 victory over Minnesota, while Pittsburgh had few problems in beating a Andrew Luck-less Indianapolis 28-7.

Team news
New England quarterback Tom Brady should be fit to face the New York Jets after missing a couple of pratice sessions with a knee injury.

The Jets will be without centre Nick Mangold and defensive lineman Steve McLendon.

Jacksonville will be without defensive linemen Jared Odrick and Chris Smith, linebacker Dan Skuta and tight end Julius Thomas for their game against Buffalo, who will make late decisions on the fitness of Sammy Watkins, LeSean McCoy and Percy Harvin.

Quarterback Cody Kessler (concussion) will be missing for winless Cleveland against the New York Giants, who will be missing guard Justin Pugh and offensive linemen Marshall Newhouse and Brett Jones.

Chicago quarterback Jay Cutler is doubtful for their clash with Tennessee, who will be without tight end Philip Supernaw.
Seattle will be without safety Earl Thomas (hamstring) for their game against Tampa Bay.

Running back Todd Gurley has been one victim of a bug that has swept through the Los Angeles camp but he is expected to play against New Orleans.