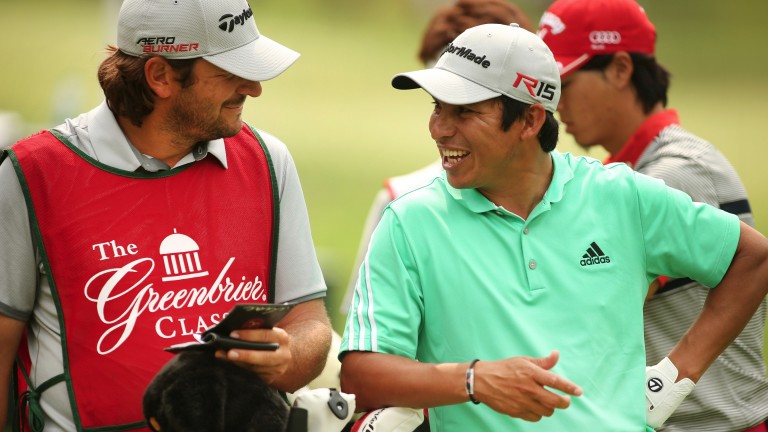 Andres Romero was one of the most promising players in the world when he won the Zurich Classic of New Orleans in 2008, but almost a decade later the underachieving Argentinian is a 1,000-1 chance for the US Open.

Over four days of combat at Erin Hills this week, Romero is likely to be left behind by his elite rivals, but over just 18 holes from a perfect tee-time he can be competitive in the first-round leader market. The 36-year-old is a general 300-1, with Sky Bet offering each-way terms of a quarter the odds the first six places.

Romero won on the Challenge Tour in 2005, then on the European Tour in 2007, before becoming US Tour Rookie of the Year in 2008. He was third in the 2007 Open at Carnoustie, eighth in the 2008 Masters and seventh in the 2008 USPGA Championship, threatening a Major breakthrough.

Romero slowly but surely lost his form, but throughout his career he has shown an ability to produce fireworks without warning. A runner-up effort behind Tiger Woods in the 2012 Memorial is a good example, but his 14th-place finish in the 2015 US Open at Chambers Bay is even more significant to his hopes of making an impression at Erin Hills.

The two courses have similarities and Romero's form figures were abysmal before Chambers Bay. Despite that, he revelled in his return to the Major fray, carding four solid rounds after coming through a sectional qualifier. History could be about to repeat itself and Romero can get to work in round one on fresh greens in the morning calm from the second group out on the first tee.

Also capable of a day-one flyer is Jordan Niebrugge, who will be in the only group ahead of Romero's, teeing off at 6.45am local time (12.45pm UK and Ireland). Niebrugge is a 23-year-old local man who has played more rounds at Erin Hills than anyone else in the field, and he can put that knowledge to good use.

Niebrugge has already excelled in a Major, sharing sixth place in the 2015 Open at St Andrews, shooting the lowest 72-hole score by an amateur in Open history. He has been struggling to find a circuit to compete on since turning pro, but he recently qualified for the Canadian Tour and finished second in his first event.

The Adam Scott and Sergio Garcia outright dual forecast is worth a dabble at 375-1, while Stephan Jaeger and Alexander Levy represent the best value 'tops' options.

Jaeger, who opened with a round of 58 when winning his first Web.com Tour title last summer, has added two more victories in the last month and is in the form of his life. The 28-year-old German can upset Martin Kaymer to be his country's leading representative at Erin Hills, while China Open champion Levy should be clear favourite against Gregory Bourdy and Joel Stalter for top Frenchman.