Roma's forwards can save them against Sassuolo 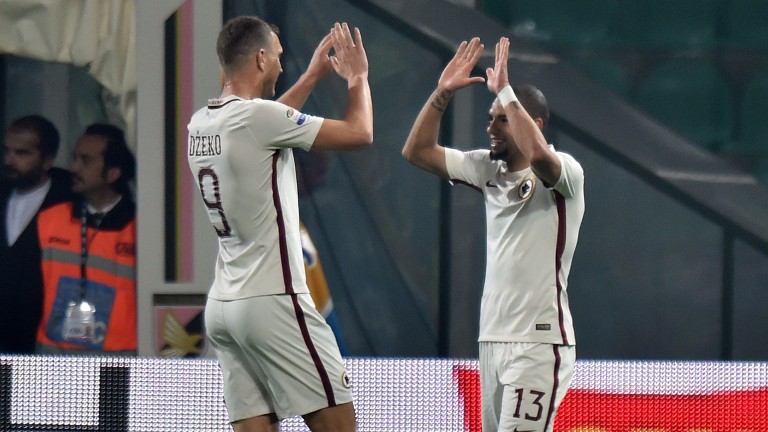 Empoli v Napoli BT Sport 3, 11.30am
Last week's 4-0 hammering at Chievo made it five defeats in a row for Empoli and put coach Giovanni Martusciello under enormous pressure.

Hovering just above the drop zone, they haven't managed to beat any side in the current top 12 in Serie A so can't be fancied at home to a Napoli team who are coveting second spot.

Sampdoria v Juventus BT Sport 3, 2pm
Sampdoria are playing as well as at any stage of the season and can grab at least a point against Juventus, who are not entirely rock-solid on the road.

Samp's seven-match unbeaten run includes wins at home to Roma (3-2) and away to Milan (1-0) and they could trouble Juve, whose main task this week was to finish off Porto in the Champions League round of 16.

Roma v Sassuolo BT Sport 2, 7.45pm
Roma's Europa League exit was a major disappointment for them but they should respond with a victory over lowly Sassuolo.

There appears to be a weakness in the Roma defence which Sassuolo - the second-highest scorers in the bottom half - may exploit but Roma are averaging a shade under three goals per home league game and should take the points.

Key stat
Roma have not kept a clean sheet in their last four home matches.