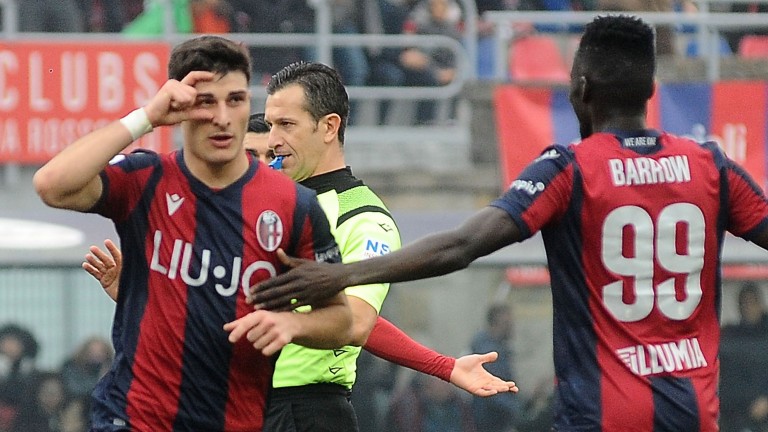 A team burdened by injuries can only go so far and Roma are finding that out the hard way in Serie A.

With key players Nicolo Zaniolo, Amadou Diawara, Henrikh Mkhitaryan and Davide Zappacosta injured, the capital club must also contend with a suspension sustained by Lorenzo Pellegrini in their 4-2 loss at Sassuolo.

January addition Gonzalo Villar is too raw to make an impact and they could be edged out by Bologna, who have comfortably accounted for Spal and Brescia recently. Riccardo Orsolini thrives against attacking full-backs like Roma's and is worth a first goalscorer bet.

Riccardo Orsolini has scored six and assisted four Serie A goals this term.