Roma can brush off Champions League pain by crushing Cagliari 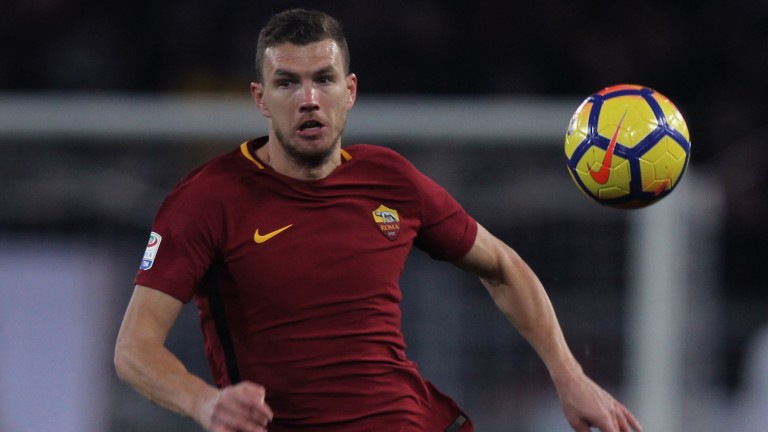 Udinese v Inter BT Sport 3, 11.30am
Inter's top-three hopes are hanging by a thread but they can stay in mathematical contention by beating struggling Udinese at Stadio Friuli.

The Nerazzurri triumphed 2-1 at relegation-threatened Chievo on their last road trip and can ramp up the pressure on Udinese, who have taken one point from the last 12 games.

Napoli v Torino BT Sport 3, 2pm
Napoli's title hopes were severely damaged by a 3-0 loss at Fiorentina last weekend but they can stay in the race by beating Torino.

The home side are long odds-on to win but may have to wait until the second half to assert their authority over a stubborn Torino side.

Key stat
Torino have conceded one first-half goal in their last nine matches.

Lazio v Atalanta BT Sport ESPN, 2pm
Lazio are involved in a head-to-head battle with rivals Roma for third-place and can boost their claims by beating Atalanta at the Stadio Olimpico.

It has been another impressive season for Atalanta, who are unbeaten in five games, but they may struggle cope with the league's top scorers, who desperately need the three points.

Key stat
Lazio have lost one of their last ten home fixtures.

Sassuolo v Sampdoria BT Sport 3, 5pm
Sampdoria’s away form is costing them in the race for Europa League places and another road defeat beckons at a stubborn Sassuolo, who have held Napoli and beaten Fiorentina on their own patch in recent weeks.

Samp have picked up just 15 of their 54 points on their travels, conceding 14 times in their last five on the road, and defensive frailties make them vulnerable.

Key stat
Sassuolo have lost just one of their last nine league games.

Cagliari v Roma BT Sport 3, 7.45pm
Roma will be disappointed to have missed out on the Champions League final but they gave a good account of themselves in the second leg against Liverpool and can follow it up with an important league victory.

Cagliari need a few more points to aid their survival bid but they may be eclipsed by the Wolves, who must win to stay on course for a top-three finish.