Bookmakers may be wrong to dismiss Rafael Nadal's chance against Federer 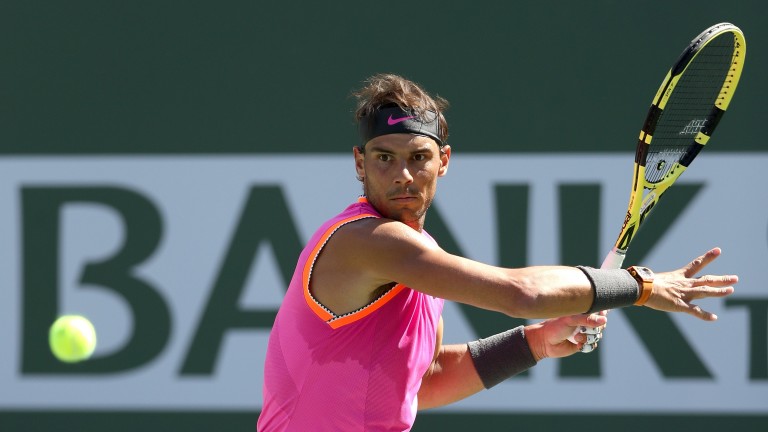 Rafael Nadal made hard work of defeating Karen Khachanov in the quarter-finals
Matthew Stockman
1 of 1
By Adrian Humphries 6:21PM, MAR 16 2019

Roger Federer is a fairly hot favourite to defeat Rafael Nadal and reach the final of the BNP Paribas Open in Indian Wells, but it may be unwise to dismiss the Spaniard on the strength of his unimpressive performance in the quarter-finals.

Nadal toiled in a 7-6 7-6 victory over Paris Masters champion Karen Khachanov, who only started to fire himself after a slow start to his California campaign.

However, while Federer, a 6-4 6-4 victor over Hubert Hurkacz in their last-eight rumble at the Tennis Garden, went all the way in Dubai in February he beat little in the United Arab Emirates.

Nadal could keep it close against his long-time friend and rival. The Majorcan can be backed at 4-5 with a start of 3.5 games, which can be considered, but instead it may be worth backing the younger man to win at least one set at 4-6.

Prior to the last eight it looked as if Nadal, who leads their personal series 23-15, might even be playing well enough to be favourite for this rumble.

FIRST PUBLISHED 6:11PM, MAR 16 2019
Prior to the last eight it looked as if Nadal might even be playing well enough to be favourite against Federer