Seattle will have to be at the top of their game 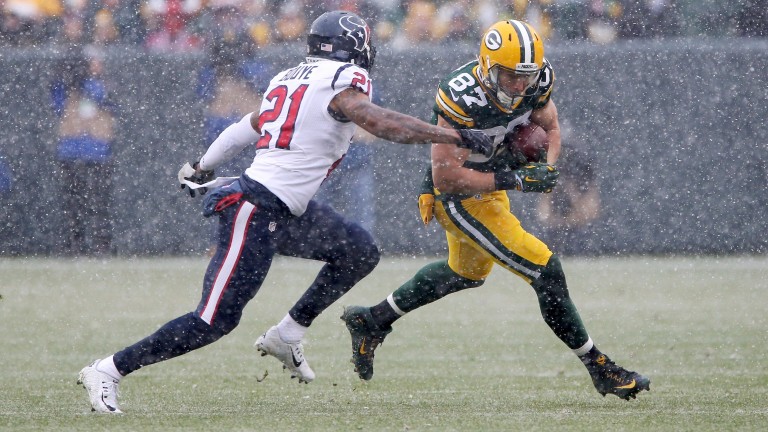 Seattle had been quietly going about their business in what looks a weak NFC West, but their thumping 40-7 victory over Carolina on Sunday means people are once again talking about the Seahawks as serious Super Bowl contenders.

Their place in the playoffs looks assured unless something unexpected happens in their remaining three divisional games, but their biggest test of the regular season comes at what could be a snowy Lambeau Field.

Green Bay have had a poor campaign by their standards but successive wins against Houston and Philadelphia have at least given them a chance of reaching the post-season.

They are up against it with two games to make up on NFC North leaders Detroit – they travel to Ford Field in Week 17 – but they are still capable of putting points on the board.

The Seahawks’ success over the Panthers was marred by safety Earl Thomas breaking his leg and that provides a huge hole in a Seattle defence who have conceded a league-low of 16.2 points a game.

The Packers admittedly have struggled with their running game since Eddie Lacy was injured – he still leads their rushing yardage even though he hasn’t played since Week Six.

But quarterback Aaron Rodgers can flourish in wintry Lambeau conditions and wide receiver Jordy Nelson has ten touchdowns this season, so they are capable of exploiting any Seahawks reorganisation and scoring at least three touchdowns.

Team news
Seattle
Safety Earl Thomas is out after breaking his leg against Carolina last week. Linebacker Mike Morgan has struggled this week with a hip injury, while full back Will Tukuafu is going through the concussion protocol.
Green Bay
Linebacker Nick Perry is out with a hand injury. Quarterback Aaron Rodgers had a tight hamstring earlier in the week but is expected to play.