Top tips on the Saturday action 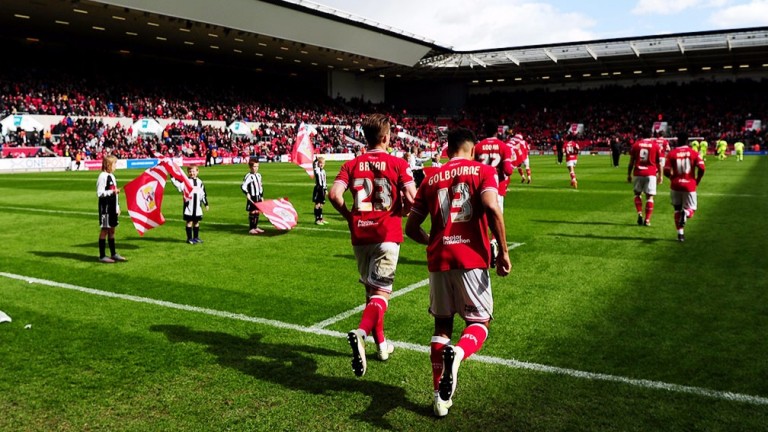 Very little has gone right for City since the start of November when they were inside the playoff positions.

But they have drawn three of their last four games including an encouraging 1-1 contest at home to playoff-chasing Norwich on Tuesday when they won the shot count 17 to seven.

The Robins did not make the most of their chances in midweek but could be more clinical against Wigan thanks to the likely involvement of Chelsea loanee Tammy Abraham, who has missed almost four weeks of action due to a thigh strain.

Abraham isn't the answer to all of City's problems but it will be a great help to have him back in the side.

The 19-year-old has netted 18 league goals this season – placing him third in the scoring charts – and his finishing prowess could be the key to turning draws into wins.

Wigan have lacked a cutting edge for most of the season and are the lowest scorers in the division.

They are fighting hard for manager Warren Joyce and picked up a deserved 1-0 win at Birmingham on Tuesday.

However, they haven't won a home game since January and their chances are reduced by the absence of all-action midfielder Sam Morsy, who completes a two-game ban.

Sheffield Wednesday endured a frustrating night on Tuesday – drawing 1-1 at home to a cautious and determined Burton – but they can make amends by defeating Aston Villa.

The playoff dream has died for Villa, who are 17 points outside of the top six with ten games to go.

Steve Bruce will be looked to building a team for next season but has very little room for experimentation this weekend with ten first-team players injured and Leandro Bacuna serving a suspension.

He may use the same side who put in a solid shift during a narrow 1-0 loss at Huddersfield.

Their only fit striker in the squad is Jonathan Kodjia and he will be the player Sheffield Wednesday need to keep an eye on.

Compared to Villa, the visiting side have an abundance of attacking options.

Fernando Forestieri, Jordan Rhodes, Sam Winnall, Steven Fletcher and Atdhe Nuhiu are competing for two or three berths up front (depending on the formation) and Gary Hooper could soon be added to the mix when he recovers fully from injury.

Carlos Carvalhal cannot select them all but he settled on a potent line-up last week, choosing Fosterieri, Rhodes and Winnall in a side who ran out 5-1 winners at home to Norwich.

Wednesday have not always been as fluent as they were against the Canaries but they are consistent – holding down a top-six place for the last two months – and should earn at least a draw against injury-ravaged Villa.

Chesterfield are going to need a string of wins to get themselves out of the Sky Bet League One drop zone but they could be heading for another defeat at home to 18th-placed Shreswbury, who are among the teams they will be hoping to catch.

The second-bottom Spireites are eight points adrift of safety and have won just two of their last 14 league games.

They have lost their last three home matches and further disappointment is in store against the Shrews, who have played like promotion contenders in the last ten games – winning six, drawing two and losing two.

Walsall are up to eighth, the highest they have been since August- and can maintain their League One playoff push by securing at least a draw against Charlton.

Charlton won 2-1 at home to Scunthorpe on Tuesday but are often hampered by the toxic atmosphere at the Valley where supporters vent their frustrations at owner Roland Duchatelet.

The Londoners have won six of 17 home league games this season and look too short to defeat the Saddlers, who are seven points above them.

Walsall are not playing under anywhere near the same pressure and can continue to improve.