Best bets on the Saturday matches 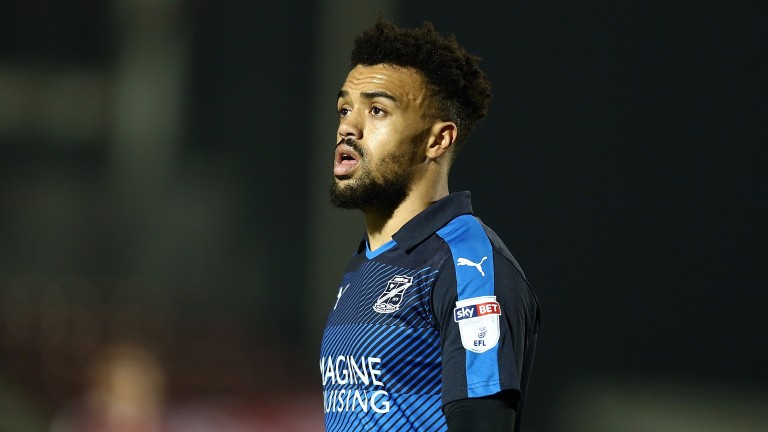 Swindon v Chesterfield
It's tight at the bottom of Sky Bet League One but Swindon can boost their survival chances with a vital victory at home to relegation rivals Chesterfield.

Swindon appeared doomed at one stage but a last-ditch attempt at curing their problems saw the Robins get busy in the transfer market with Nicky Ajose, Rohan Ince and Ben Gladwin among the arrivals.

The Robins looked a different side in deserved 3-1 successes over Coventry and Gillingham, while before that Swindon battered Oldham in a game that somehow finished 0-0.

Swindon had 26 shots against Oldham, winning the shots on target battle 6-0, but were left frustrated by the brilliance of Athletic keeper Connor Ripley, who further enhanced his reputation with two late penalty saves against Millwall last week.

Luke Williams' side had to lift themselves after that disappointment but in the long-term if you dominate matches in that fashion the results will eventually come.

Tuesday's performance against Gillingham was another excellent effort with 11 shots on target to only three against, and last season's forward partnership of Jonathan Obika and Nicky Ajose have been reunited in recent weeks.

Ajose hit 24 goals for Swindon last season before moving to Charlton in a transfer that never worked out. He notched twice in the win over Coventry and Obika, who has struggled with injuries all term, has scored in successive appearances.

Ince also scored in midweek and, while he is unlikely to be good enough for his parent club Brighton, this is a large step down in class.

Swindon have to be aiming for three points with Chesterfield eight points below the rampant Robins.

The Spireites have won only one of their 13 matches since Christmas and were totally outplayed in a 4-0 loss to Oxford last time out.

Ched Evans is close to returning to full fitness and others are not far behind but a section of supporters have already turned on recently-appointed manager Gary Caldwell.

In their last three matches Chesterfield have had four shots on target and their opponents have fired in 21, which highlights significant problems in all areas of the pitch.

Scunthorpe v Fleetwood
There are few bigger matches in the Sky Bet Football League than the meeting of second-placed Scunthorpe and third-placed Fleetwood in League One with both teams gunning for promotion.

Scunny, long-time leaders, have gone off the boil since Christmas with three wins in 12 matches and no victories in their last six.

The triumphs were not particularly impressive - edging out Bury, Port Vale and Northampton by the odd goal - and there was little to admire about Tuesday's home defeat to Wimbledon.

Graham Alexander will no doubt be delighted to see the back of a dodgy February but he may not get enough out of Scunthorpe to earn maximum points against his former club.

Fleetwood are not particularly glamorous, although under Uwe Rosler the Cod Army come into this contest unbeaten in 17 league outings.

That includes a 2-0 success away to Sheffield United and with Cian Bolger organising their backline, Fleetwood should be backed to at least avoid defeat in what should be a tight Glanford Park contest.

Swansea v Burnley
Luton had been earmarked for this slot but the heartbreaking circumstances of their EFL Trophy semi-final defeat to Oxford left their Wembley dream shattered and it may not be easy for the Hatters to respond quickly at Yeovil.

So instead go for Swansea to claim a huge Premier League victory at home to Burnley.

Swansea have won four of their last seven matches with the three defeats coming at home to Arsenal and away to Manchester City and Chelsea.

Paul Clement and his number two Claude Makelele have organised the side well and only a goalkeeping error from Lukasz Fabianski potentially cost the Swans a point at Stamford Bridge.

Burnley's away record of played 12, drawn two and lost ten with a goal difference of minus 19 will probably improve at some stage soon but that may not come at the Liberty Stadium.

Banker
Swindon 17-20
There seems to be a change in the mood around the County Ground and their front two of Ajose and Obika could help the Robins to a massive three-point haul.

Blowout
Chelsea 8-13
The Premier League leaders have already been turned over by West Ham in the EFL Cup and this could be a tricky test for a Chelsea side who are not quite as dominant as their healthy advantage suggests.

Hotshot
Manolo Gabbiadini 11-2
The run won't go on forever but Gabbiadini has scored in each of his last six appearances for Napoli and Southampton. The new Saints striker has smashed five goals in three games in English football.

Claude Puel called for video technology to be brought in after Manolo Gabbiadini's goal in the EFL Cup final was wrongly ruled out for offside.

The Southampton manager was not asking for such action after the semi-final win over Liverpool when it was the turn of Reds gaffer Jurgen Klopp to moan at a missed penalty award that helped Saints to secure their spot at Wembley in the first place.

Those in favour say Gabbiadini's "goal" could have been sorted out in seconds but every time somebody was flagged offside you would surely have to play on until the ball went dead before checking if the original decision was correct.

How is it fair to only use videos when a goal is directly scored? What about the times a player is called offside 40 yards from goal? Maybe he puts in a killer cross or a lovely through ball that leads to a goal.

People look for perfection only when it suits them and the idea technology would rectify the abuse aimed at referees should check out last week's incident between Feyenoord and PSV Eindhoven.

Goalline technology ruled that a decisive Feyenoord goal crossed the line by one millimetre, PSV's players surrounded the referee in a way Manchester United made famous and afterwards culpable keeper Jeroen Zoet said it was "f***** up."

Even with added technology, losers would still moan, refs would still be abused and the sport would be no better for it.