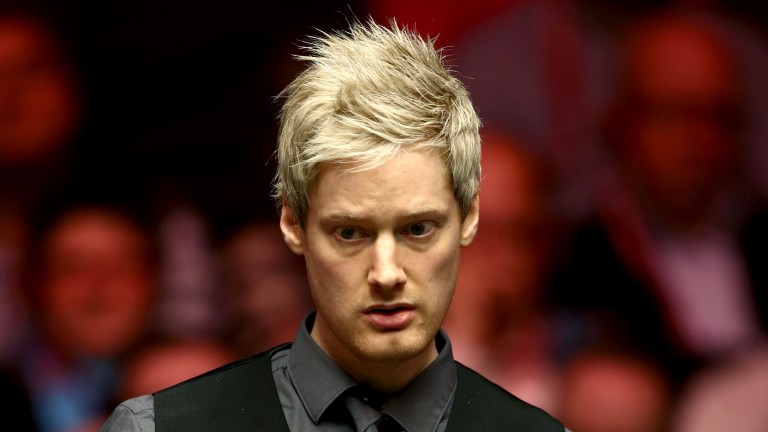 Stuart Bingham played some blinding snooker in China last week, but it’s worth taking a chance that Neil Robertson could turn on the style against the Essex cueman on day two of the Champion of Champions.

Today’s first-round matches are played over the best of seven frames, while this evening’s quarter-final between the afternoon winners is best of 11.

Racing Post Sport colleague Dave Clark has already recom­mended Robertson as value to retain the Coventry title, and while Bingham made the final of the China Championship on Saturday, it’s a little surprising to see the Australian priced at 8-11 for victory.

That can be considered, but with Bingham having travelled back from China at the last minute Robertson is going to be fresher for the challenge so backing the market leader at 8-11 to post the clash’s highest break could be a wiser play.

Bingham posted seven centuries in four matches (53 frames played) in Guangzhou last week, but making tons has come easy to Robertson in recent seasons and he is likely to be keen to try to keep hold of his crown.

Ding Junhui is 4-7 to oust Ali Carter but while the Chinese number one is playing well this season, he’s no certainty to see off the resurgent Essex ace.

Carter is 7-4 to win his opener, but while he should be favoured by playing in his homeland, he is up against one of the finest talents snooker has seen and Ding could be more dangerous this week than last, when he went to Guangzhou straight after finishing runner-up in the International Championship in Daqing.

Ronnie O’Sullivan was due to meet Martin Gould in the first quarter-final last night after the Rocket saw off Robin Hull 4-2.