River Plate set for a nervy first leg against Gremio

Draw looks the most likely outcome 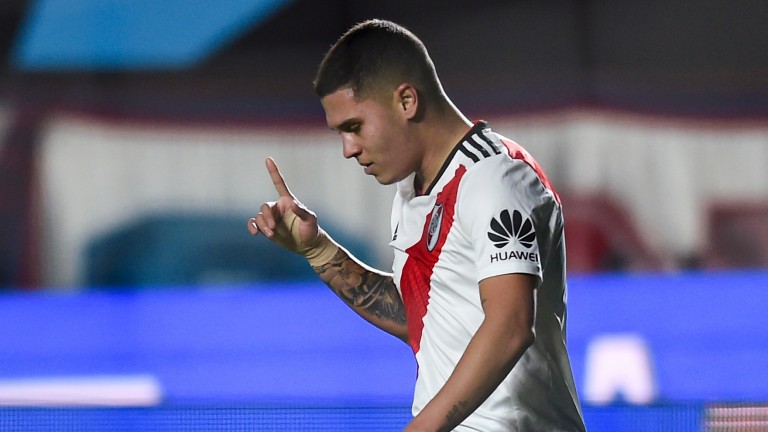 Gremio have overcome two Argentinian sides, Estudiantes and Atletico Tucuman, in the knockout stages of the Copa Libertadores and can secure a satisfactory draw against another in their semi-final first-leg clash at River Plate.

It has been a solid season for Gremio, who are fifth in the Brazilian top flight with eight matches to go.

There is still plenty for Gremio to play for in the domestic competition with the club needing a top-four finish to qualify for next season's Copa Libertadores group stage and a fifth or sixth placing to go through to the qualifying round.

However, the match with River Plate dominates their agenda and Gremio need to lift themselves after taking just two points from their last three Brazilian league games.

Gremio have a habit of raising their performances for the Copa Libertadores – they have lost just one of 12 matches in the competition this season – and their solid defence of 19 goals conceded in 30 Brazilian league games may be key to nullifying River, who will be playing with the support of over 65,000 fans in Buenos Aires.

River have won their last five home matches and will be desperate to take a lead into next week's second leg in Porto Alegre.

But they have scored just 12 goals in the Copa Libertadores this season, including a 0-0 group stage draw at home to Brazilian side Flamengo.

Gremio have netted 23 goals in the Copa Libertadores but main striker Everton is injured and they may be seen in defensive mode, knowing a draw would put them in a strong position.