Risky business owes much to the jockeys

As an editor you want to be first with everything. Every story and every big interview opportunity. But you can’t win them all, and it was no source of anguish to see Matt Chapman get the first interview with Freddy Tylicki since his catastrophic fall at Kempton in October.

After all, Chapman was the bright spark who had the idea of setting up a fundraising initiative for the stricken jockey that raised more than £330,000 in four days so it was absolutely right that he should be the one who brought us the first quotes from Tylicki since his life changed so drastically.

It was a piece that reminded us what a fine written journalist Chapman was before he devoted the majority of his professional life to being an edgy, effervescent and excellent broadcaster, but far more importantly it revealed the horrific extent of the injuries Tylicki suffered.

As well as the spinal damage that has left him paralysed from the waist down, he broke 18 ribs. That’s three-quarters of his ribs. A neighbour was wincing his way up the path the other week because he’d broken a single rib. Imagine what it must feel like to break 18.

Tylicki, in that incredible way jockeys have of playing down physical discomfort, claimed he couldn’t really feel anything because of the painkillers, which suggests either that the pharmaceutical industry has managed to create something more powerful than the tablets I use to ward off hangovers or, more likely, that he is infinitely braver than the rest of us.

Tylicki was boosted by a huge wave of goodwill that came his way in the aftermath of the injury but will need support from the racing community and beyond for the rest of his life, and while his predicament is a stark reminder of how big a chip jockeys put on the table every time they go out to ride, it is not the only reason why most of those of us who love the sport do not adequately appreciate the risks they take in order to keep the show on the road.

On Wednesday morning, by way of another example, we were informed of the extent of the damage Ryan Hatch’s fall at Cheltenham last Friday did to him.

An update from the Injured Jockeys Fund revealed fractures to his C6 and C7 at the base of his neck and fractures of his sternum and his T6. Oh, plus a spinal haematoma, although that’s decreasing.

It sounds utterly appalling and the poor guy is facing a spell in hospital for the foreseeable future.

And of course there are plenty more jockeys either unable to ride at present and put bread on the table or are soldiering on with ongoing aches and pains. It really is a remarkable way to earn a living.

And the true cost of being allowed to savour the elation of victory on the back of a horse was emphasised this week following the tragic death of Walter Swinburn, who came into our lives as a fresh-faced teenager, romping clear of his rivals aboard Shergar on that sunny day in 1981 but who since rode a rollercoaster of spectacular highs and brutal lows before leaving us aged just 55.

Racing’s leaving gift to Swinburn when his career as a jockey ended was a long list of big-race triumphs but also the lasting effects of epilepsy from a horrific fall in Hong Kong and the legacy of decades of having to live way below his natural weight.

I get criticised for many things, but mainly for not being harsh enough on bookmakers who don’t allow successful punters to stake what they like and for not laying into jockeys when they either make mistakes or are perceived to have made mistakes through the biased prism of a loser’s pocket.

I will return to the restrictive bookies issue in a future column, but the reasons why the Racing Post does not fill its columns with criticism of jockeys are largely two-fold.

First, they make far fewer errors than the average punter might believe. I must admit I often mutter dark words when a horse I have backed just fails to come from what I see as a hopelessly remote position.

But then when you look at the brilliant helmetcam footage of races at full speed you get a true understanding of just how difficult it must be to make the right choices every time as you and your rivals thunder up a narrow strip of turf on a bunch of huge animals travelling at high speeds.

And besides, everyone makes mistakes and the intolerance of others to accept that is what creates the constant chorus of negativity towards referees that taints football. Racing does not need that.

If a jockey drops his hands too early or showboats on a strong traveller who then finds nothing when, too late, the rider asks his mount for an effort we will of course take them to task.

Jockeys do not entirely escape criticism from this organ and that is right and proper.

And we must not be naive. In among the bravery, there is sadly a tiny element of corruption. A small number of jockeys succumb to temptation and take money to lose. Hopefully, though, the BHA investigators (and we should bear in mind these people were blameless in the Jim Best fiasco) are on the case.

But the main reason why we do not shower vitriol on the weighing room inmates is that they are special people whose willingness to risk life and limb for little more than a hundred quid in a monsoon at Plumpton is what enables the sport to continue.

You will suffer the odd losing bet when a jockey makes a misjudgement but you will also back a winner when the person riding your main rival gets it wrong.

Try not to moan. Try to remember if these people were not so carefree about their wellbeing there would be no horses to back.

And if you are lucky enough to cop a handsome win between now and the end of the year, as well as treating yourself and your family, why not google Injured Jockeys Fund or Racing Welfare, or their Irish equivalents, and buy something from their website. 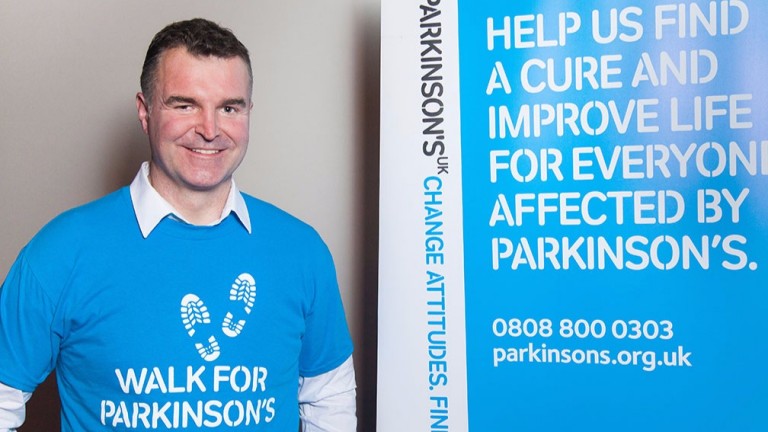 Arrers fans come alive as the first dart thuds into the felt at the Ally Pally. IT staff and plumbers will gather in north London, dressed as superheroes and nuns, to drink lager, sing peculiar songs, punch the air as Sky cut to an ad break and generally have daft but harmless fun.

It used to be a little more special when there was less televised darts but you can’t blame the PDC or Sky for cashing in on the popularity of the sport and the William Hill World Championship remains worthy of its position on the list of genuinely meaningful annual sporting competitions.

Heroism in broadcasting normally revolves around those phenomenally selfless war correspondents who sacrifice their safety to bring news of tragedies and travesties to the wider world.

But between now and the final on January 2, everyone tuning in to catch the action will hopefully nod in respect to Sky’s genial darts presenter Dave Clark (below), who is a true hero.

Having been diagnosed with Parkinson’s, there have undoubtedly been times when the trademark smile has left Dave’s face.

But not when he has been on screen, or when earlier this year he walked 200 miles from England’s west coast to its east, a journey that would have tested perfectly healthy people let alone someone afflicted by Dave’s condition.

A friend of mine walked with him for a single day and was staggered at how bravely Dave overcame the difficulties of Parkinson’s to complete the journey and raise more than £50,000 to help fund research into this brutal disease.

I saw Dave at Cheltenham on Saturday, enjoying a day at the races, letting on he thinks Peter Wright might be worth a little wager this year and displaying the complete absence of self-pity that makes him such a star.

Have a great fortnight, Dave. You do a fantastic job.