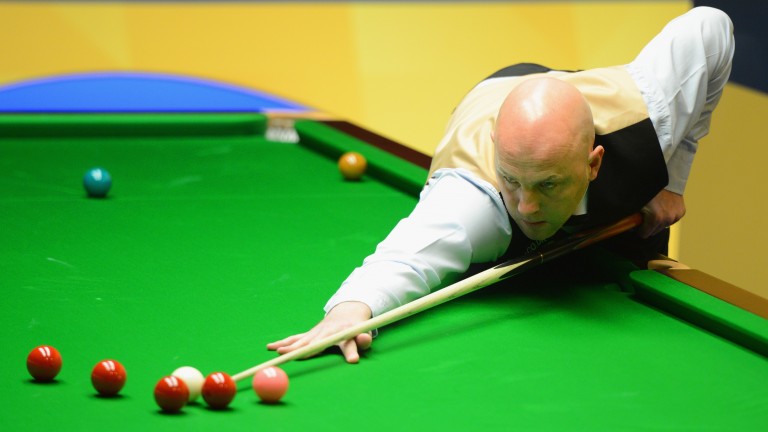 Mark King may need to step up on his first-round victory over Allan Taylor
Michael Regan
1 of 1
By Adrian Humphries 2:27PM, JUL 27 2019

Not for the first time there was chaos in an overseas tournament when a number of players failed to arrive in Latvia on time for their Riga Masters first-round matches.

Most notable among the absentees, of whom there were up to a dozen, were top seed Neil Robertson, who was due to defend the title he won last year, and Kyren Wilson, a regular at these class of events. Racing Post headline recommendation Jamie O'Neill also failed to turn up in time for his match.

Remarkably amidst the chaos some first-round matches went ahead in England on Friday and it remains to be seen how future rounds of the tournament will pan out with players in different countries.

On day two of the tournament, Mark King, a 4-1 first-round winner over Allan Taylor, may need to find more to deny Zhou Yuelong.

Zhou enjoyed a bye when main-tour debutant Louis Heathcote failed to make his connections to the venue.

King had runs of 71, 51 and 49 against Taylor, but that may not be enough to help him progress deeper in the tournament.