Mercedes could be vulnerable in Monte Carlo 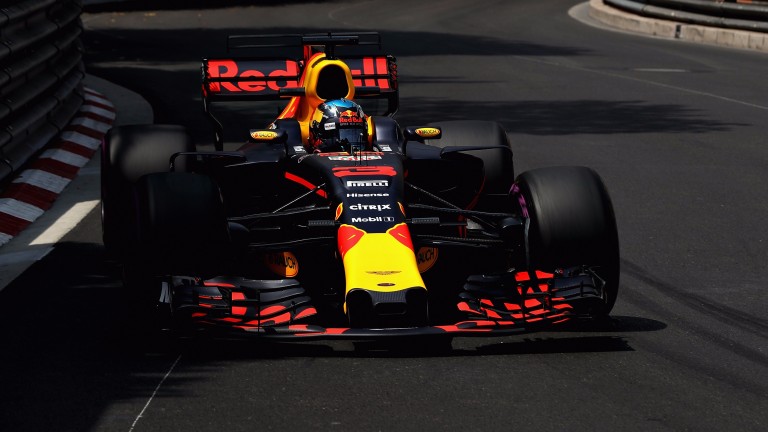 Daniel Ricciardo guides his Red Bull between the barriers during practice in Monaco
Mark Thompson
1 of 1
By Adam Scriven 7:57PM, MAY 26 2017

A good grid position is more important in Monte Carlo than at any other circuit, so with a Mercedes having started from pole position for four of the season's five races, Lewis Hamilton and Valtteri Bottas should be feeling pretty confident.

However, practice day for the Monaco Grand Prix did not go at all smoothly for the Silver Arrows. Hamilton was quickest in the morning but in the second session they were outpaced by not only championship rivals Ferrari, but Red Bull and Toro Rosso as well.

Hamilton seemed mystified by his inability to get the tyres working effectively, while Bottas blamed a poor set-up, but Mercedes' woes illustrated how the track surface at Monaco - public roads rather than a dedicated race track - can change from hour to hour.

It was also fuel for the theory that this year's Mercedes is particularly sensitive to variations in track conditions, whereas the Ferrari behaves more consistently.

Mercedes haven't won three consecutive drivers and constructors championships by accident, and there is every chance that they will work through their problems and take another pole position.

The 9-4 available for Hamilton to go fastest in qualifying could look pretty big by the end of the session, but the three-time world champion has started from pole in the principality just once in ten previous attempts.

Red Bull were hurt in Spain last week as an anticipated upgrade to their Renault engine was not ready in time, but a lack of power is not such a handicap at Monaco.

The car features a number of Monaco-specific updates this weekend, and they seem to be working to judge from practice.

Max Verstappen is Formula One's bright young star, but he is yet to shine in Monte Carlo while his more experienced teammate Daniel Ricciardo has two podiums there in the last three years and would have won last year but for a botched pit-stop.

The Australian has outqualified Verstappen in three of the last four races and he could be a value each-way bet at 11-1 with Hills, who offer three places.