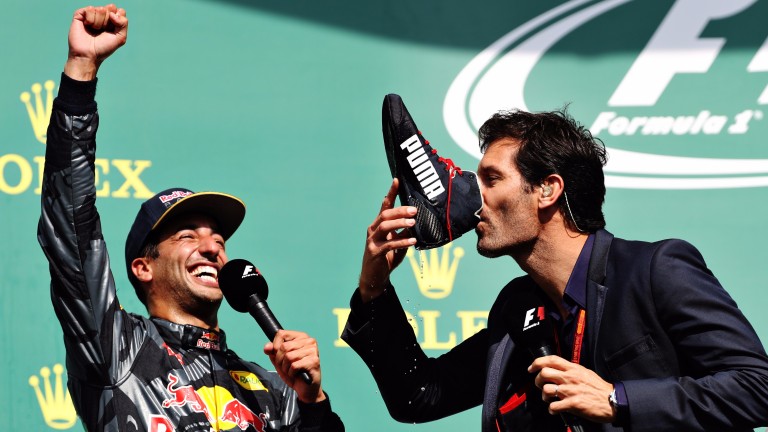 Background
For much of Abu Dhabi Grand Prix qualifying the order at the front looked set in stone, but Valtteri Bottas had other ideas and the Mercedes number two earned a second consecutive pole position with a brilliant lap.

World Champion Lewis Hamilton had looked to hold the advantage until then, and the Brit is rated even-money favourite to land his tenth win of the season, with Bottas a 13-8 chance.

Ferrari's Sebastian Vettel won the last race, in Brazil, following Max Verstappen's victory for Red Bull in Mexico, marking the first time in more than three years that Mercedes have gone two races without a win.

Red Bull have struggled since Max Verstappen's commanding win in Mexico but there are reasons to think they can end the season on a positive note with a podium appearance from Daniel Ricciardo.

For much of qualifying it looked like the Red Bulls were over half a second off the pace of the Ferraris, who in turn had a similar deficit to the pace-setting Mercedes.

However, right at the end of session Ricciardo put himself fourth on the grid, splitting the Ferraris of Sebastian Vettel and Kimi Raikkonen.

Unlike Ferrari and Mercedes, Red Bull are unable to call on an extra-powerful qualifying mode from their Renault engine, but at least that means they can be more competitive in the race, when the big two must take better care of their motors.

In the last 15 races, Ricciardo has failed to make the podium only when he has started outside the top ten or failed to finish the race. In Brazil last time he was a fine sixth despite starting 14th and then being hit and spinning off in the first corner.

The Aussie has managed nine podiums this season - seven of them after starting outside the top three.

Other markets
Felipe Massa to win bet365 Group 3 6-5
"Fernando is faster than you" was the famous coded call for Felipe Massa to give up the lead of the 2010 German Grand Prix to his then-Ferrari teammate Fernando Alonso.

Fernando was clearly faster than Felipe again in Sao Paulo last time, but Alonso was unable to get past Massa's Williams, to the delight of the home crowd on the veteran's final performance before them.

Massa starts tenth in Abu Dhabi, one place ahead of Alonso's McLaren and the Williams driver is worth backing to come out on top again in bet365's group betting, which also includes the pair's teammates Stoffel Vandoorne and Lance Stroll.

Alonso will have the advantage of starting the race on fresher tyres than Massa, but he is likely to find that, as in Brazil, his Honda engine lacks the grunt to get him past the Mercedes-powered Williams.

Vandoorne would have a similar problem, while Stroll has been way off Massa's pace all weekend.