Rhinos face a mauling at the hands of the Tigers 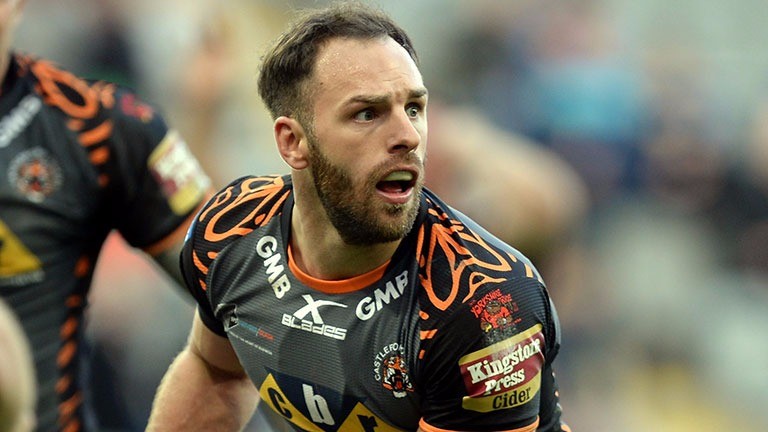 Super League XXII could not have started better for Castleford.
The table-topping Tigers have beaten Leigh and Warrington and are comfortably the competition’s leading scorers.

Bookmakers have slashed Cas to 6-1 to win the Grand Final for the first time and Daryl Powell’s side are overwhelming favourites to see off the city slickers of Leeds at The Mend-A-Hose Jungle.

But on Tuesday, the Tigers dropped the bombshell that string-puller Rangi Chase has been dropped for tonight’s match for disciplinary reasons.

Chase is no stranger to controversy. In his first spell at Cas, he was axed for similar reasons for a game at Huddersfield in 2010 which the Tigers lost 24-0.

Paul McShane returns from suspension to help Castleford plug the gap alongside the on-song Luke Gale and the free-scoring hosts should still have too much firepower for the misfiring Rhinos.

Leeds have lost to St Helens and scraped past Leigh and Salford looking desperately short of ideas with ball in hand Brian McDermott’s boys have scored just seven tries in three games. Cas have notched 13 times in two matches.

The Rhinos’ cause won’t be helped by the absence of Carl Ablett through suspension and Mitch Garbutt through injury. Stevie Ward and Jamie Jones-Buchanan are also not certain to be involved.

Leeds have also mystifyingly allowed full-back Zak Hardaker to play against them after loaning him to Castleford for the season.

The England international remains one the biggest stars in Super League and looks a decent punt at 6-1 to be named man of the match. He’s 15-8 to touch down against his parent club.

Elsewhere, Hull can bounce back from a home defeat to Catalans by winning at Huddersfield.

The Giants boast two wins from three games but all three opponents are expected to end the season in the lower reaches of Super League and this is a much tougher test especially without missing forwards Ukuma Ta’ai, Tom Symonds, Dale Ferguson and Michael Lawrence.

Hull are without injured captain Gareth Ellis but are boosted by the return of the creative Albert Kelly and stung by criticism of their poor performance against the Dragons, they can cover the four point handicap.