Rhinos could edge out Wolves in Super League thriller 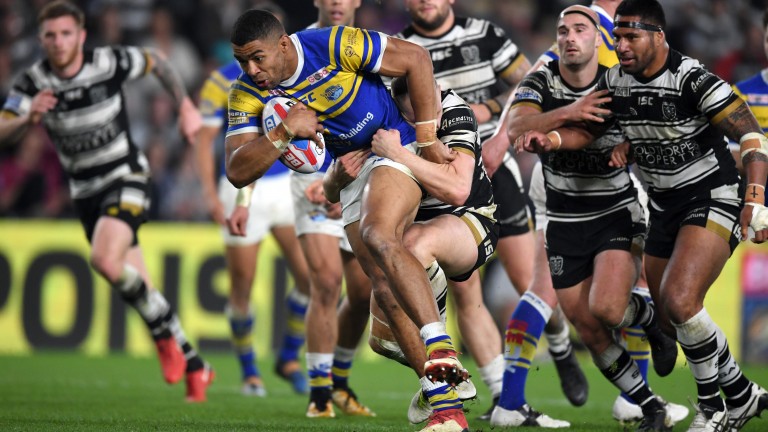 Warrington can boast the longest current winning streak in the Betfred Super League but the Wolves are not expected to stretch the sequence to nine league and cup matches when they head to Headingley to face champions Leeds.

Steve Price's team kicked off the campaign with a home defeat by the Rhinos but have improved dramatically since losing four of their opening six fixtures.

However, it may pay not to get carried away with Warrington's revival.

Their eight-match winning run includes a Ladbrokes Challenge Cup victory over third-tier Bradford and six successes against teams currently in the bottom half of the Super League.

The exception was last month's 18-6 triumph at a waterlogged Castleford.

Leeds are 8-13 to stop the streak but a better bet may be to support Brian McDermott's boys to get home by a dozen points or fewer.

The Rhinos have been involved in plenty of nailbiters this year. Only two of their 12 matches have been decided by a double-digit margin.

Leeds have won six games by less than ten points including their 16-12 victory over Warrington on the season's open­ing night and something similar could be on the cards.

Rhinos prop Nathaniel Peteru is set to make his first appearance since sustaining an arm injury in round one but the Wolves will be missing Ben Currie, who has been ruled out for the season with a knee injury, and Mike Cooper faces a fitness test.

Wigan coach Shaun Wane has Sam Tomkins, John Bateman and Ben Flower available as the Warriors aim to keep up the pressure on league leaders St Helens by beating Salford at the DW Stadium.

Saints put 60 points on the Red Devils a week ago and the layers are asking Wigan to cover a 20-point handicap against a team they defeated 40-12 in round one.

Wigan's second-half stats are staggering. They have won all 12 second stanzas, nine of them by double-digit margins, so look a good bet to put away Salford by more than 11 points after the break.

Huddersfield will have caretaker coach Chris Thorman in charge for the last time before Australian Simon Woolford takes over the reins.

The Giants are 8-13 to pick up a priceless win at home to fellow strugglers Widnes, who are 6-4 to win on the road for the first time in 2018.