Revitalised Wallabies ready to push All Blacks all the way

Rieko Ioane can cash in on shaky Aussie midfield 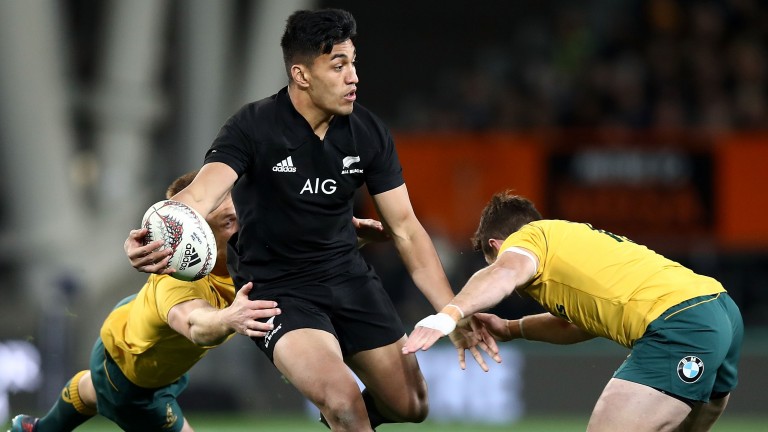 After winning back-to-back Rugby Championship titles in the last two years, sweeping to victory in all 12 matches, ten of them with a try bonus point, New Zealand are long odds-on to claim another southern hemisphere crown.

But it may not be as straightforward as the odds suggest as all their rivals appear buoyed for a strong campaign.

South Africa and Argentina go into battle with new coaches at the helm, and while Australia, first up for the All Blacks in round one in Sydney, haven’t enjoyed the best run of results over the last 12 months, there are positive signs that the Wallabies are ready to put in a competitive performance.

Last year New Zealand rocked up in Sydney and ran in eight tries in the first 50 minutes in an utterly ruthless and dominant display.

But that All Black side had just emerged from a hugely intense series against the British & Irish Lions while the Australians were far less battle-hardened, and the subsequent two Tests - a six-point defeat in Dunedin and a five-point success in Brisbane - showed far more determination and cutting edge from the Wallabies.

A series defeat to Ireland in June reads badly, but all three Tests against the Six Nations champions were hard-fought, with an aggregate score of 55-55.

Australia have David Pocock back from a sabbatical to resume his supreme breakdown partnership with skipper Michael Hooper, coach Michael Cheika is happy with his multiple playmaker options with Bernard Foley and Kurtley Beale starting plus Matt Toomua on the bench, and full-back Israel Folau is their key man in the aerial battle as well as a constant try threat.

Just as importantly, the focus in the Wallaby camp appears to be at the max and they can stay close in what looks set to be a high-scoring game.

One area of concern for the hosts is the midfield, where powerhouse centres Tevita Kuridrani and Samu Kerevi are injured. The All Blacks will no doubt target that channel and if they can break through the man to benefit could be winger Rieko Ioane, who has a phenomenal scoring record of 16 tries in 16 Tests and has pace to burn.