Revitalised Saints are hitting top gear at the right time

Red Devils are going in reverse 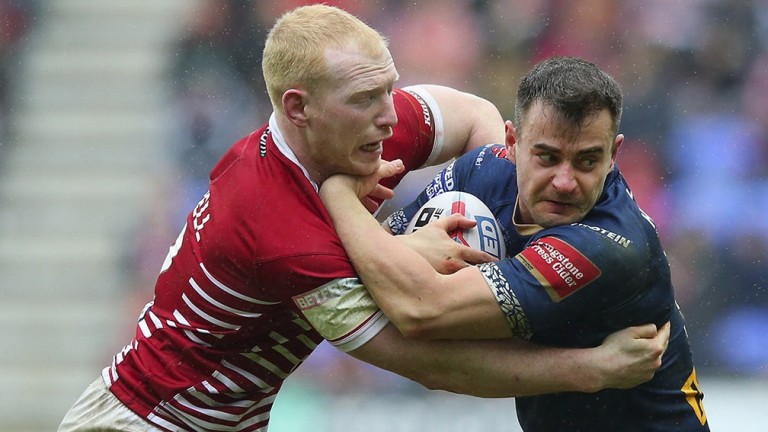 After the break for the Ladbrokes Challenge Cup semi-finals, the Betfred Super League is back as the run-in to October’s Grand Final begins.

Fittingly, the runaway table-toppers Castleford kick off the Super 8s at home to revitalised St Helens.

Daryl Powell’s team know a maximum of two more wins will clinch the League Leaders Shield and Cas are 4-9 to get one of them against St Helens. It would be the Tigers 13th consecutive Super League victory.

Saints have won seven of their ten matches since Justin Holbrook took over as coach and are boosted by the return of scrum-half Matty Smith who suffered a horrific eye injury in June’s narrow defeat at Leeds.

All three of the losses St Helens have suffered under their Australian boss have been by single-figure margins which makes backing Saints with the ten-point buffer on offer a tempting proposition.

They’re one of only three teams to topple the Tigers in 2017, having won 26-22 at the Totally Wicked Stadium over Easter.

The return at the Jungle two months ago was also settled by a four-point margin with Cas winning 16-12.

The start of the Super 8s is a good time to consider pre-season punting portfolios. Anyone who backed Castleford, Racing Post Sport’s headline selection, for Grand Final glory at 12-1 is in great shape with the Tigers now evens to win at Old Trafford after a dominant start to the campaign.

Cas will still have to win two knockout games to be crowned champions and that means there’s value elsewhere particularly with St Helens at a standout 10-1.

Saints sit sixth, just a point off the top four, and have Australian superstar Ben Barba available for the final five fixtures.

They certainly look a far better bet than champions Wigan – two points behind their neighbours with the distraction of the Challenge Cup final in a fortnight.

In fact, the Warriors may be worth backing at 12-1 to finish eighth with Salford also a value bet in that market at 20-1.

The Red Devils have lost six of their last seven league games and appear to have gone into reverse after a promising start.