Returning Coles to be at the heart of All Blacks' surge

Brilliant Smith can bag a brace against the Wallabies 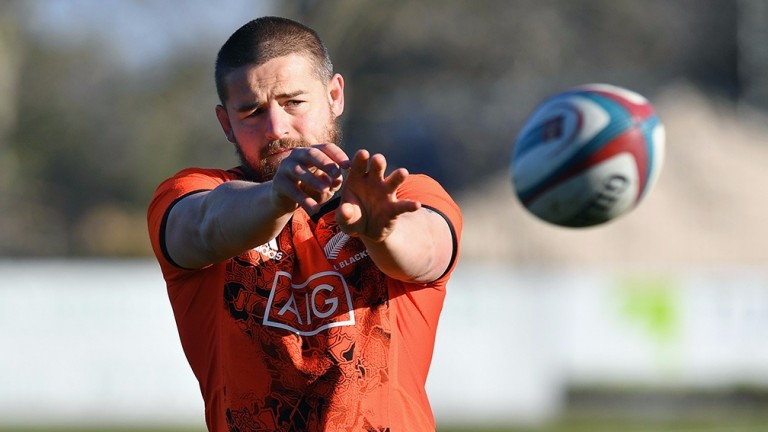 Dane Coles passes the ball during an All Blacks training session
Getty Images
1 of 1
By Max Oram UPDATED 8:34PM, AUG 24 2017

Australia have not beaten the All Blacks in New Zealand for 20 Tests over 16 years and bookmakers seem convinced that the Kiwis took it easy in the second half in Sydney last Saturday in order to conserve energy for extending that run in Dunedin.

The Wallabies get a 30-point start from their trans-Tasman rivals at the Forsyth-Barr Stadium despite battling back from a 40-6 deficit at the break to lose 54-34 at ANZ Stadium.

And while Michael Cheika's men certainly played their part in a ding-dong 41-33 battle on their last visit to the bottom of the South Island in 2013, it is hard to envisage anything other than a New Zealand stroll to retain the Bledisloe Cup and put them in pole position for a successful Rugby Championship defence.

New Zealand burst out of the blocks in Sydney last weekend and dominated the breakdown, midfield and set-piece before head coach Steve Hansen began to use his bench.

And in a sign that he does not think that his charges are close to running out of gas after the intense British & Irish Lions series and Super Rugby playoffs, Hansen's only change to his starting line-up is bringing back Dane Coles at hooker.

Coles, arguably the world's best number two, will be champing at the bit on his 50th cap after missing the Lions series and a huge chunk of the Super Rugby season because of concussion and he looks worth a wager to score a try at 6-4.

Coles loves to be at the heart of the All Blacks' rolling maul and close-range forward drives but also frequently appears unmarked out wide on the wing when they go through phase play in midfield. He scored one of his nine Test tries in last year's 46-6 success over Wales in Dunedin.

As well as relishing the return of Coles, the All Blacks will want to give the brilliantly versatile Ben Smith a super send-off into his sabbatical. Back the Highlanders ace, who starts on the right wing and scored the eighth try in Sydney, to score two or more tries and drive the locals delirious.

Rieko Ioane and Ryan Crotty both bagged braces in Sydney for the All Blacks and while Cheika may want to give the impression that there is no panic in the Wallabies camp, making just three changes to his line-up, that looks more like sticking a plaster over deep structural wounds.