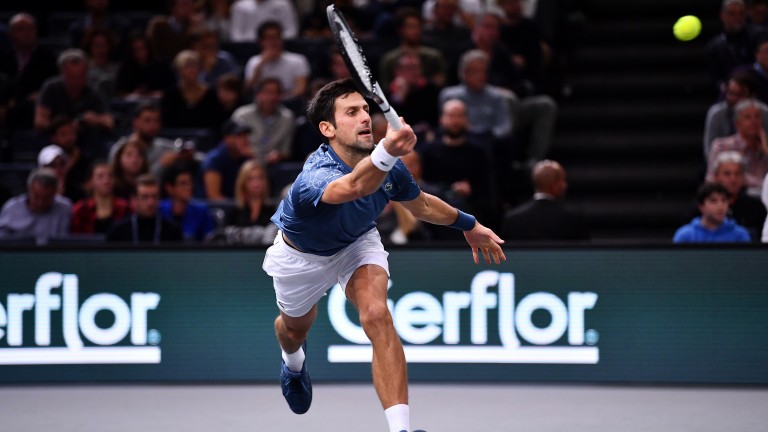 Novak Djokovic has returned to something like his brilliant best in the second half of 2018 and looks a solid favourite to win the eight-man ATP Finals.

Having nailed the year-ending world number one spot, the Wimbledon and US Open champion is odds-on to win a sixth season-ending crown.

But while some might not favour getting involved at such prices, don't forget that two of his three great rivals, Rafael Nadal and Andy Murray, are missing from London due to injury (along with the mercurial Juan Martin del Potro), and the other member of the original big four, Roger Federer, is not as dominant as before at the grand old age of 37.

Federer still produces some of his best tennis indoors. But while the Swiss legend is fully respected and was considered as an outright selection for the O2 after taking Djokovic close in their recent Paris Masters semi-final, the Serb's price to end the campaign on a high is down to his Paris-Bercy final defeat to Karen Khachanov. Otherwise, we may have been looking at 1-2 or even 4-9 had he franked market leadership across the Channel.

Some of those competing in London have not been in the best of form this season. Alexander Zverev was ripped apart by Khachanov in Paris, Marin Cilic has been going through the motions for much of the year and Dominic Thiem has not exactly been bringing down the house in his performances.

Three players involved not named Djokovic and Federer who have had good to great seasons are Kevin Anderson (great), John Isner (great) and Kei Nishikori (good).

Anderson would fully deserve to lift the title after reaching Grand Slam finals at the US Open and Wimbledon in the last 15 months.

Isner, though pipped by Ander­son in their Wimbledon semi-final, has arguably played even better than the South African. His Miami Masters title, the biggest of his long career, was no fluke and the American number one would have been considered outright had he not been drawn in the potentially tougher Kuerten group.

He trails all three of his section opponents on head-to-heads and if Isner is to come up trumps, he'll have to do it the hard way.

Nishikori started the year playing Challenger Tour events in the United States in preference to going to the Australian Open, but the Japanese ace has done seriously well to climb back up to ninth in the ATP rankings.

He has personal series leads against Anderson and Thiem and so if Nishikori was to fare better against Federer, he could enjoy a decent week.

Djokovic and Federer will most likely be in the mix come the semi-finals. And with the selection having had a bit of a mental breather by not triumph­ing in Paris, where he was also battling a bout of flu for much of the week, it could take a huge effort from one of his London rivals to knock him off his stride.

Day one sees the Hewitt group players in action. Picking a winner out of Anderson and Thiem is difficult, while Federer is understandably a warm order to defeat Nishikori.