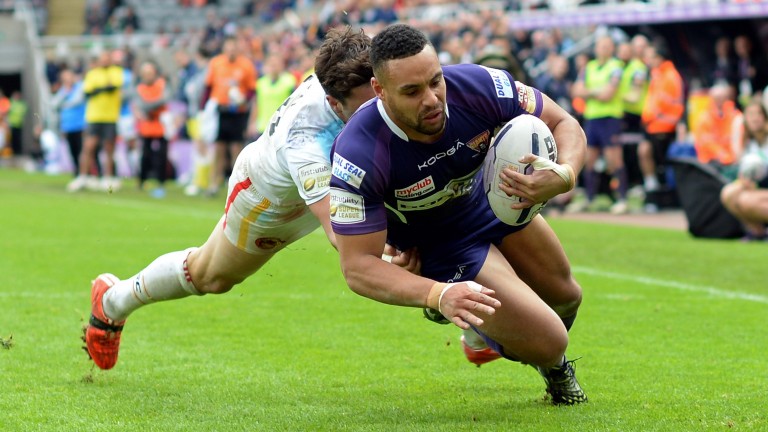 It has taken them almost half the season but it seems that the Catalans Dragons have finally awoken from their slumbers in the Betfred Super League.

After winning just once in their opening eight fixtures, the French outfit have picked up three victories in their last six league outings. Among that sequence of results, they’ve also enjoyed Ladbrokes Challenge Cup wins against York and Whitehaven.

So things are looking up for Steve McNamara’s men as they bid to escape from the bottom four.

And they may get even better against a Leeds side who have hit a rocky patch.

The Rhinos' 38-10 hammering by Castleford last time out was their fourth defeat in their last five league games. Their solitary victory was a scrambled 20-18 success at cellar-dwellers Hull KR.

On top of that, Leeds coach Brian McDermott has a mounting injury crisis to deal with.

Rhinos scrum-half Richie Myler will be a key man as he lines up against his old club. He’s 5-2 to make a tryscoring return but has touched down only once in Super League for Leeds.

Catalans winger Jodie Broughton looks a better bet to get his name on the scoresheet. He averages better than a try every other game during a decade-long career in the top flight and has bagged six tries in his last three matches.

The opening show had the visitors as four-point favourites for this cross-Channel assignment but now bookmakers make this a take-your-pick affair.

Even at the revised price of 21-20, the Dragons have to be the pick against the vulnerable Rhinos.

Jason Baitieri is the only absentee from the side who defeated Salford 26-12 at the Magic Weekend and Catalans can keep up the good work.