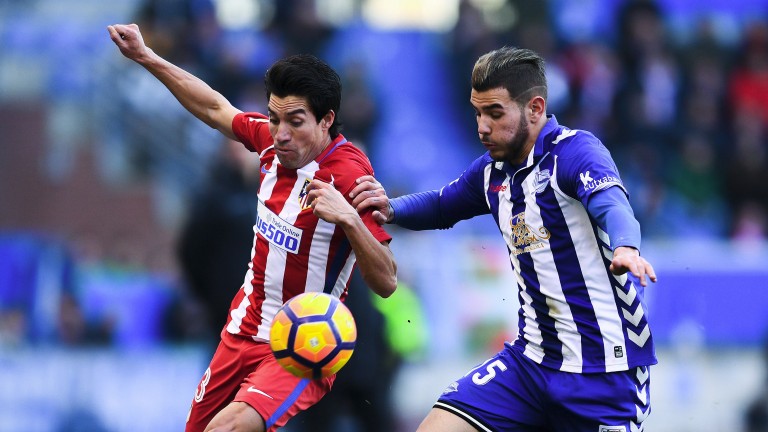 Alaves held Atletico Madrid to a goalless draw at the weekend
David Ramos
1 of 1
By Matthew Ireland 6:01PM, FEB 1 2017

Neither Celta Vigo nor Alaves have ever lifted the Copa del Rey but one of them is assured of a place in May's final.

Celta have been there three times before - most recentyl in 2001 - without getting their hands on their trophy but for Alaves just getting to the cup showpiece would be breaking new ground.

At 16-1 Alaves are the outsiders of the remaining quartet - other semi-finalists Barcelona and Atletico Madrid head the market - but judged on their performances over the last couple of months, there seems little reason why they are more than twice the price of Celta.

Alaves' 1-0 league defeat at Celta is their only reverse in 14 outings, and while that run has gleaned only five victories they are a solid outift who know how to keep their opponents at bay.

Celta, who knocked out Real Madrid in the quarter-finals, will certainly look to attack them. Eduardo Berizzo's men have netted 33 times in La Liga but their attacking intent does leave them vulnerable on the counter which should give the visitors hope of taking a first-leg lead to the Mendizorrotza next week.

Many bookmakers go odds-against that resolute Alaves are at least level going into the second leg which certainly looks within their capabilities.