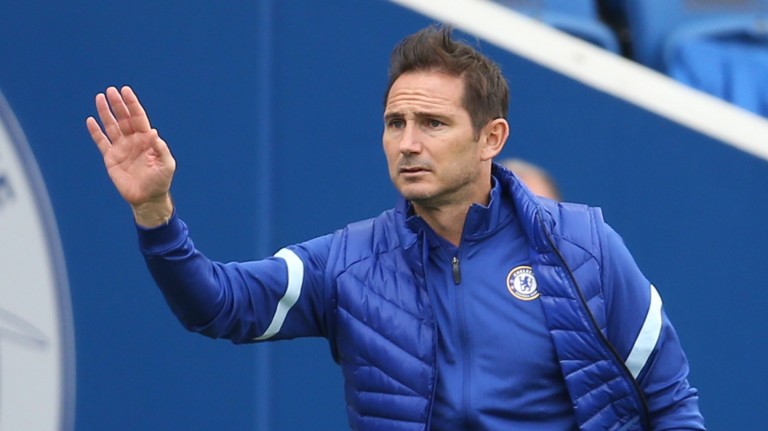 Rennes
Dalbert is suspended after his red card on matchday three and Daniele Rugani (thigh) misses out.

Chelsea
Kai Havertz  and Thiago Silva are back in contention but Christian Pulisic (hamstring) remains sidelined.

Chelsea made too many defensive errors in the early part of the Premier League season, but they haven't conceded a goal in Champions League Group E and their improving rearguard can lay the foundation for a victory over Rennes on matchday four.

The Londoners are well on course to advance to the knockout stages and will be certain of a top-two finish if they overcome Rennes and Sevilla avoid defeat away to Krasnodar.

However, Frank Lampard wants his team to win their group and appears unlikely to make wholesale changes, even though the Blues face a massive Premier League match at home to Tottenham on Sunday.

Rennes have taken one point from three games but played some good football in their 3-0 loss at Stamford Bridge and were rightly aggrieved at the award of a 41st-minute penalty which resulted in a second yellow card and a dismissal for left-back Dalbert.

Despite playing for more than half of the match a man down, Rennes remained committed and compact and the final shot count was just eight to seven in Chelsea's favour.

However, the loss leaves the French club with a huge mountain to climb and the rest of their campaign is likely to be focused on battling with Krasnodar for third place.

Rennes suffered a disappointing 1-0 loss at home to Bordeaux on Friday, their third successive league defeat, and have slipped to seventh in the table.

There are signs that their early-season confidence is ebbing away and manager Julien Stephan may look as much at the performance as the result against Chelsea as he seeks to draw a line under his team's recent problems.

The worst thing that could happen to Rennes would be a heavy defeat and Stephan may guard against such a possibility by opting for a cautious strategy.

Chelsea are likely to face disciplined and highly motivated opponents and may need to show patience and precision to get the job done.

However, they coped well with a similar challenge against Newcastle on Saturday, registering a comfortable 2-0 victory, and would be delighted if they achieve the same result.

Lampard's men returned from the international break with a steely focus and another diligent Blues display could make it a tough night for Rennes, who are set to slip to their sixth defeat in seven games.

Rennes have lost five of their last six matches