Renegades can build on Hurricanes coup by extinguishing Brisbane Heat 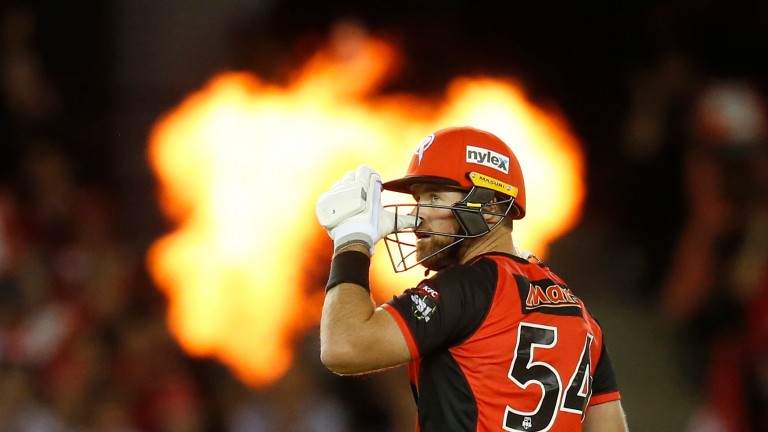 Dan Christian and company will fancy their chances against Brisbane
Darrian Traynor
1 of 1
By Liam Flin 2:16PM, JAN 10 2019

Melbourne Renegades put an end to Hobart Hurricanes' Big Bash winning start last time out and they are set for more success on the road against Brisbane Heat.

The visitors beat the Hurricanes with four balls to spare, snapping their three-game losing streak, and can beat a Heat outfit who have two wins from their five matches this season.

The Renegades had Aaron Finch at their disposal in that victory, as the opener chalked up a respectable 42, but he will return to captain the Australia squad for Saturday's ODI against India.

Marcus Harris is set to come into the Melbourne fold, though, following some strong displays in Australia's recent Test series, culminating in a score of 79 in the fourth Test.

Neither of the Heat's victories this campaign were convincing enough to suggest they can land a top-four berth.

The first required them to score just 139 against basement side Perth Scorchers and their win over inconsistent Sydney Thunder was settled by Duckworth-Lewis method.

FIRST PUBLISHED 5:50PM, JAN 9 2019
Neither of the Heat's victories this campaign were convincing enough to suggest they can land a top-four berth