Rely on Ryder Cup teammates to show their best

Focus no problem for dynamic duo 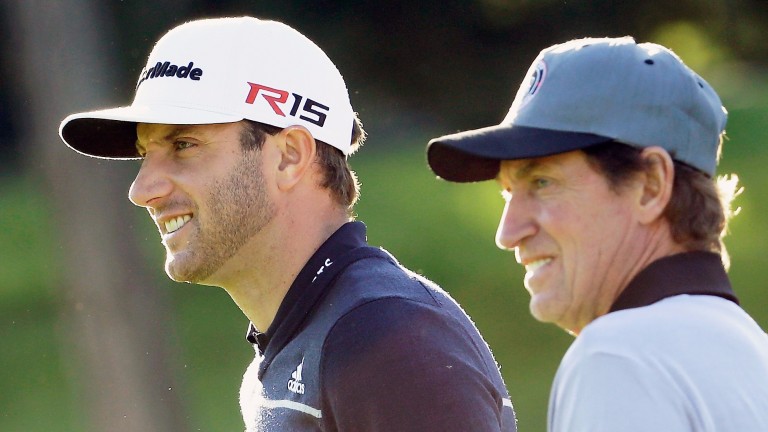 Dustin Johnson and Jordan Spieth have been paired together for the first three rounds of the Pebble Beach Pro-Am, making the dynamic American duo of interest at a juicy 45-1 in the dual-forecast market.

The Ryder Cup colleagues are teeing off at the Monterey Peninsula Country Club at 5.06pm UK and Ireland time in round one, before tackling Spyglass Hill tomorrow, then the Pebble Beach Links on Saturday. This appears a good draw for the three-course event and the superstar Americans could put themselves in prime position for Sunday's final round at Pebble.

Poor weather is forecast for the first two days of action – showery and gusty conditions – and competing at the easy Monterey and the less exposed Spyglass could be an advantage. Pebble Beach is always significantly more difficult when a breeze is blowing across it, so Johnson and Spieth will be relieved that they will be facing it on the anticipated calm and sunny weekend.

Having two consecutive rounds at Pebble Beach on Saturday and Sunday in what is predicted to be identical weather has to be more favourable than playing the host track on Thursday or Friday in different elements.

Johnson is a dual Pebble Beach champion, who threatened to win the US Open there in 2010, while Spieth has twice finished in the top seven in this event.

Both have shown enough form this year to indicate they can contend for the title, and both are ultra-comfortable with their amateur playing partners. Johnson has future father-in-law Wayne Gretzky in tow, while Spieth is with his friend, musician Jake Owen, for the fourth year in a row. There are no hackers in the group – Owen plays off a handicap of two – so the pros can stay focused.

Another appealing price is the 12-1 on offer about rising star Cameron Smith ending the week as top Australasian. This section, which comprises Australians, New Zealanders and Fijian veteran Vijay Singh, is dominated by odds-on favourite Jason Day.

A best-price 4-5 Day compares unfavourably to the double-figure quotes for Smith. Day missed the cut by three shots in his last outing – the Farmers Insurance Open – and the world number one has been unimpressive as he bids to find a way of solving the back problems which prematurely ended his 2016 campaign.

Smith, who finished 11th in this event last year, is a 23-year-old with bundles of tee-to-green ability. He has missed only one cut in his last 11 tournaments, finishing runner-up twice in that run, and is looking increasingly capable of becoming an elite player.