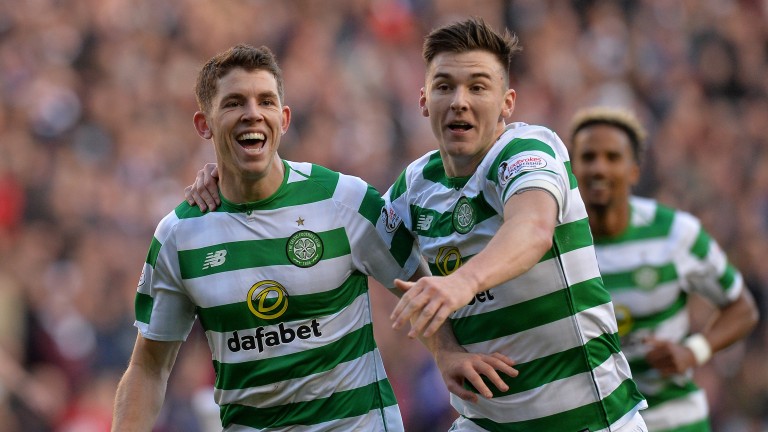 Celtic could be celebrating another Old Firm victory
Mark Runnacles
1 of 1
By Mark Walker 8:00PM, DEC 28 2018

Celtic will be backed by just 800 fans at Ibrox after their allocation was slashed, but they look likely to be the ones making the noise against a regressing Rangers.

Steven Gerrard's side have been given plenty of chances to push on and prove their title credentials this season, but they keep failing to convert dominance into goals and 12 points from a possible 21 in the crucial month of December tells its own story.

In contrast, Celtic look to be motoring again with key players back and they fully deserved their 4-3 midweek win at Aberdeen.

It's hard to see Rangers playing any other way than having a go at Celtic. They tried to sit back at Parkhead and got utterly outgunned, but that could play into the hands of the Hoops, who could pick the hosts off.

Celtic look particularly strong down the flanks and Brendan Rodgers' record in this game is phenomenal. They relish raising their game against the old enemy.

Gerrard looked exasperated after a poor 1-1 midweek draw at home to Hibs and he needs others to step up because they are too heavily reliant on 20-goal Alfredo Morelos, who has never scored in an Old Firm game.

Celtic should have plenty of opportunities against a Rangers side who have been hit with a heap of injury knocks at the wrong time.

Having the best part of 50,000 fans behind them can also prove a disadvantage at impatient Ibrox, where the natives are fed up of seeing Celtic lord it over them.

And the Champions can take a giant step towards making it eight in a row today.

Team news
Rangers
Key defender Connor Goldson is doubtful along with Scott Arfield and Ryan Kent. Borna Barisic is out along with Jamie Murphy and Graham Dorrans.

Celtic
The Hoops are without Leigh Griffiths, while a decision on Kieran Tierney will be made in the morning. Jozo Simunovic, Nir Bitton, Kouassi Eboue and Daniel Arzani are injured. Tom Rogic is away with Australia at the Asian Cup.

Key stat
Rangers have failed to beat Celtic in their last 15 attempts.