Reds may be left feeling blue in Argentina

Los Jaguares give up 15 points 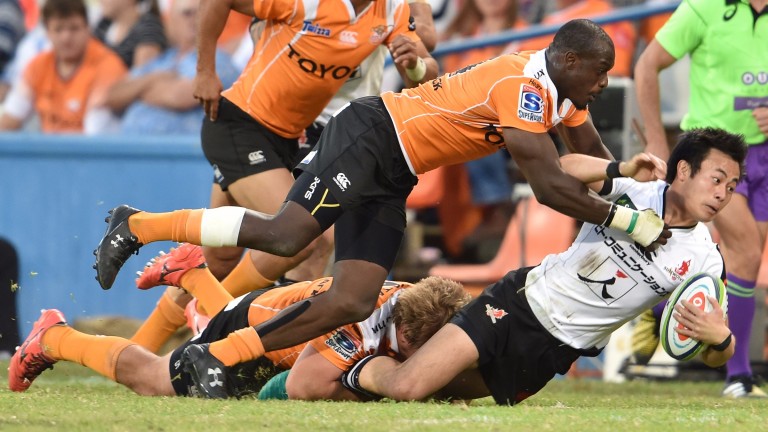 Sunwolves wing Kenki Fukuoka is worth a bet to score a fifth try of the season in Singapore.

The Sunwolves have lost all four games this season but have scored 12 tries including three in their 37-23 round-two loss to the Kings at National Stadium.

The Stormers have won all three of their matches but have conceded eight tries and head coach Robbie Fleck also needs to change up his combinations because of South Africa player welfare requirements.

The Lions look a good bet to give up 24 points to the Kings in Port Elizabeth.

Last year’s runners-up picked up a try-bonus success in both the teams’ meetings last season and made it three wins out of four for this campaign with a 44-14 home stroll against the Reds last Saturday when taking their try tally to 22.

The Kings lost 41-10 to the Stormers in PE in round three and two late tries made a home loss to Los Jaguares in round one look better than it was.

The Sharks should be backed to sneak a win in Bloemfontein.

The Durban outfit eked out a 19-17 home win over the Kings last week. The Cheetahs have jetted in and out of Buenos Aires after two single-figure home wins over the Sunwolves and Bulls and a narrow home defeat to the Lions.

Los Jaguares can give up 15 points to the Reds in making it four wins out of five this term.

The Reds arrive in Buenos Aires on an away-game losing streak of ten. Seven have been by 16 points or more.