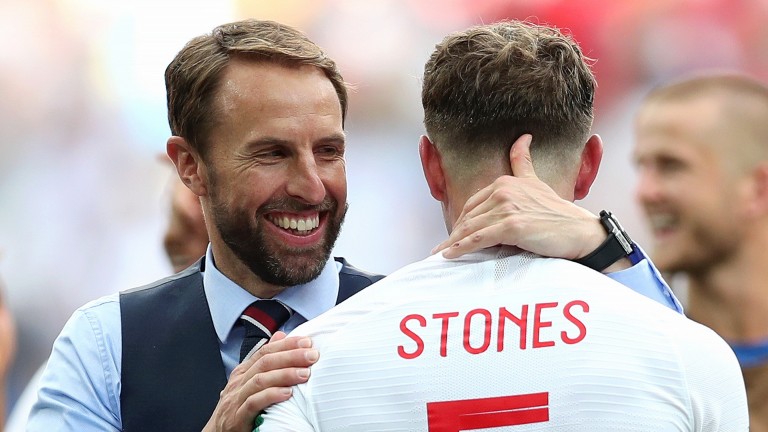 1 England could win the World Cup
It was only against Panama, and we're not saying they will win it, but it was England's biggest-ever World Cup win and they are playing better than any Three Lions side since Gazza, Lineker and Platt reached the semis at Italia 90.

They have goals throughout the team and some superb forward options with Sterling, Lingard, Rashford, Loftus-Cheek, Alli and Vardy all capable of playing strong supporting roles to captain Harry Kane.

Panama were rubbish but England have played plenty of poor sides in World Cups down the years and not destroyed them with five goals before half-time.

Confidence is oozing through the side, eight goals in their first two games will have settled any nerves and the players are clearly enjoying themselves, which is not something that has often been said at World Cups.

England's Achilles heel is their defence and the back three of Harry Maguire, John Stones and Kyle Walker is far from rock-solid, but the evidence from the first two rounds of games is that no team at the World Cup are perfect and England have looked as good as anyone so far.

2 Harry Kane is world class
Two penalties and and a lucky deflection is hardly a perfect hat-trick, but the confidence that the England captain is playing with at the moment is breathtaking.

Kane is the tournament's top scorer with five goals in two games and although three of those were penalties, the VAR factor suggests we can expect spot-kicks in plenty of matches.

The way he thundered in both penalties against Panama despite delaying tactics from the opposition was superb, and he seems at ease with the pressure of being England captain.

Kane's consistent performances have seen him win the Premier League Golden Boot twice and come runner-up twice in the last four seasons, and he is now replicating his Spurs form on the international stage.

3 Things would have been very different under Big Sam
But for a newspaper sting England may have gone into this World Cup under the guidance of Sam Allardyce, and results would likely be very different.

Big Sam is known for his pragmatic approach and was criticised during his short time at Everton for not showing faith in the club's developing talent.

Gareth Southgate picked a young squad - many of them have been playing together at youth level for England and have experience of tournaments under Southgate during his time as manager of the national Under-21 side.

There appears to be unity and respect throughout the squad, and a pleasing absence of overblown egos.

The way that the players, backroom staff and the FA threw their support behind Raheem Sterling when he was targeted by elements of the media before the tournament was notable, and Southgate seems to have the respect and backing of everyone around him.

We will never know how an Allardyce England team would have fared at a World Cup, but it's unlikely they would have been 5-0 up at half-time.