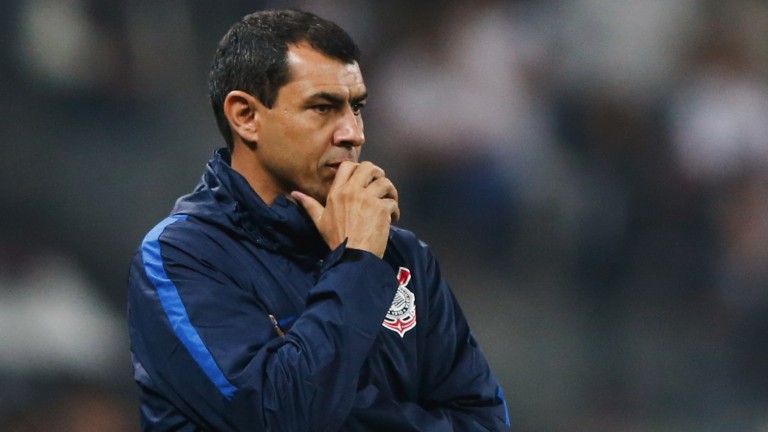 Corinthians are setting the early pace in the 2017 Brazilian top flight and can cement first place with a home win over city rivals Sao Paulo, who are six places and four points worse off.

Last season was a major disappointment for Corinthians, who were defending champions and finished seventh, 25 points behind first-placed Palmeiras.

However, head coach Fabio Carille has reshaped the squad and his team are looking good after taking 13 points from five games.

Former CSKA Moscow and Everton striker Jo was the most notable new arrival, switching from Chinese Super League side Jiangsu Suning, and he has made an excellent start, scoring four goals in five appearances.

Jo has returned for a second spell with the club which launched his career in 2003 and he seems to be enjoying himself.

Corinthians attacking midfielder Jadson has also made the move from China (returning to his native Brazil from Tianjin Quanjian) and hit the ground running by scoring in both legs of the Copa Sudamericana first-round tie against Universidad De Chile, helping his team to a 4-1 aggregate success.

Jadson is 33 but clearly retains some of the ability which made him such a popular player during eight seasons at Shakhtar Donetsk between 2004 and 2012.

It remains to be seen whether Jadson and Jo can have a consistent impact over the course of the season but they have certainly raised Corinthians' performance in the short term.

Sao Paulo have not been as ambitious in the transfer market and may not improve much on last season's tenth-place finish.

They are seventh after three wins and two losses but are struggling on the road, losing 1-0 at Cruzeiro and 1-0 at Ponte Preta.

Argentinian striker Lucas Pratto has impressed - scoring three goals in five games since joining from Atletico Mineiro - but Sao Paulo are struggling for consistency and may not be playing well enough to halt the leaders' progress.