Red-hot Blues may fall short in their biggest test

City can make their class tell 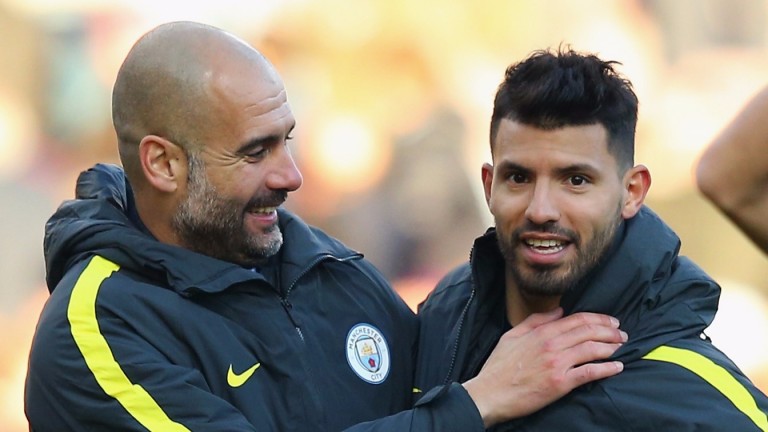 Chelsea have stormed to the top of the Premier League with a switch of formation switch to 3-4-3 helping them to win seven consecutive top-flight fixtures but the Blues could fall short in their biggest game of the season so far.

Antonio Conte’s leaders could not arrive in Manchester in better shape but that is more than reflected in the odds with hosts City worthy of a punt at odds-against at the Etihad.

The prices suggest there is little between the clubs if you take away home advantage, although Manchester City possess more potential match-winners and can play at a tempo which will surely unsettle the visitors.

At their best City are the Premier League’s number one team and now, clear of significant injuries, and with their European commitments on the back-burner until 2017, Pep Guardiola’s side can begin to lay down a marker.

City have shown with a dominant display in the win at Manchester United and 3-1 success against Barcelona they have the class to do damage.

City have not won any of their last three Premier League home games but it has mainly been down to bad luck. In those games they missed two penalties, averaged 70 per cent possession, won the shot count 41-12 (on target 18-7) and the corners 31-6 but failed to beat Everton, Middlesbrough and Southampton.

Minds should be more focused for this clash and they may run Chelsea off their feet.

Conte’s outfit have lost just twice this season but they were the two most difficult contests against elite sides Liverpool and Arsenal and those were teams who pressed well.

Tottenham also pressed the life out of Chelsea last week and the Blues looked in massive danger at 1-0 down until Pedro equalised on the stroke of half-time.

Victor Moses went on to win it for Chelsea, but City will press in the same way and have more talent than Spurs to take advantage of issues with Conte’s 3-4-3 formation.

Chelsea were outnumbered in midfield as N’Golo Kante and Nemanja Matic struggled and to push the wing-backs further forward is a risk given City’s quality to take advantage of any spaces vacated out wide.

Dropping Pedro and bringing in another central midfielder – either Willian, Oscar or Cesc Fabregas is an option – but that would limit Chelsea’s attacking output to just Diego Costa and Eden Hazard.

The switch to a back three was made after those two defeats to Liverpool and Arsenal and Chelsea have looked better, winning seven straight league games by an aggregate 19-1.

Nearly everyone has attributed the excellent results to the formation change but just playing devil’s advocate for a minute – Hull, Leicester, Everton, Middlesbrough and Spurs all went into their games in far from great form – and the early goals against Southampton and United changed the whole complexion.

A draw, something Chelsea have managed only once this season, would do nicely and they will carry a counter-attacking threat through ten-goal Costa and Hazard who has been back to his best this term.

However, there is no getting away from the fact Chelsea have failed their two biggest tests and may be heading for an unwanted hat-trick of defeats to title rivals.

Chelsea
Antonio Conte has said he needs to check on one or two players. John Terry (muscle strain) remains sidelined.