Californian could have work cut out against South African 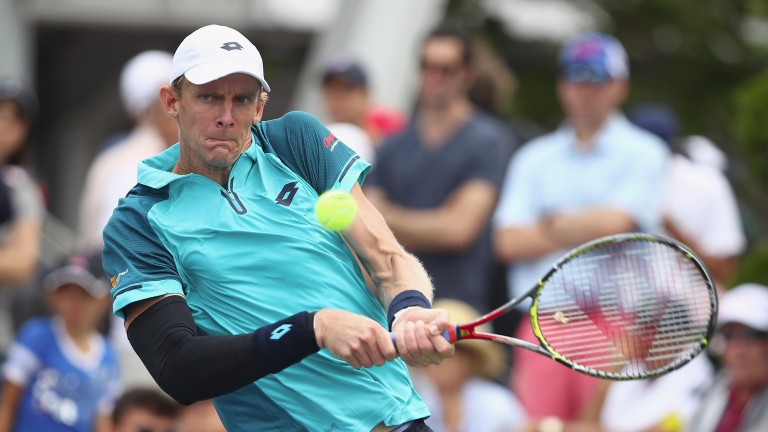 Querrey v Anderson
Sam Querrey avenged his pal John Isner's defeat to Mischa Zverev when hammering the German 6-2 6-2 6-1 on Sunday at Flushing Meadows, but the Californian will do well to reproduce such dominance against Kevin Anderson.

Querrey, the only one of the four players remaining in the bottom half of the draw to have reached a Grand Slam semi-final, is unsurprisingly the favourite to reach Sunday's final but there is still plenty of work to be done at the last-eight stage.

Anderson has never played better than he has been of late and Paolo Lorenzi deserves credit for winning a set against the red-hot South African in round four.

Querrey leads their personal series 9-6 and has to be favourite by virtue of that and his higher world ranking, but he may come under pressure against Anderson.

The market leader will do well to close out the match in three or four sets, so back Anderson with a start of 1.5 sets.

Carreno Busta v Schwartzman
Pablo Carreno Busta has to be market leader against Diego Schwartz­man due to his ranking, but the favourite looks a little short to progress to the semi-finals.

However, rather than back the Argentinian outsider with a start, it may be wiser to take the 8-15 that the clash lasts for four or five sets.

Schwartzman is a genuine talent who looks almost at home on hard courts as he is on clay and Lucas Pouille's conqueror could have enough to make life tougher for Carreno Busta than Denis Shapovalov did in their 7-6 7-6 7-6 last-16 clash.

V Williams v Kvitova
Petra Kvitova is all the rage after dumping Wimbledon champion and US Open ante-post favourite Garbine Muguruza out of the tournament, but the Czech may be a little short at the available prices to defeat Venus Williams on a hard court.

There's a story whoever prevails so it's hard to be confident about either player progressing, but Venus's top-notch matchplay on this DecoTurf terrain may help her keep it close.

Stephens v Sevastova
Stephens, who has been on a huge fitness programme since injuring her left foot last August, is the classier performer and ought to win.

But punters could only be hopeful of a US victory at 8-13, a price that hardly screams value.

Sevastova could be intent on joining her fellow Latvian Jelena Ostapenko as a Slam winner so could prove a dangerous foe.