Red Dragons battle with Spitfires could be a damp squib 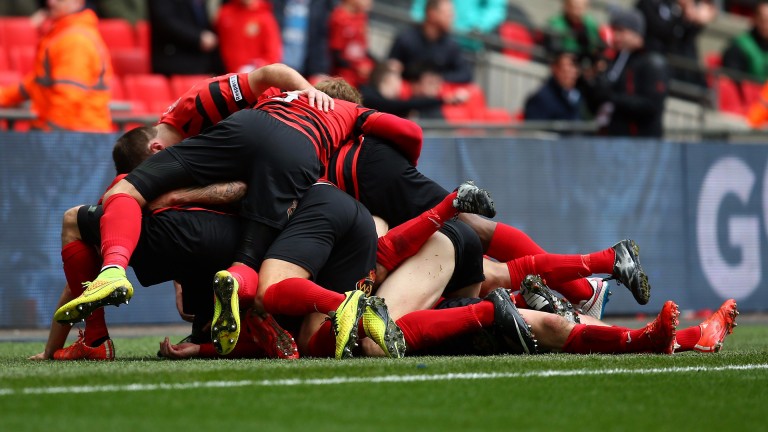 Wrexham's National League matches are averaging 1.29 goals per game and the markets expect a low-scoring outcome for their televised match at home to Eastleigh.

Under 2.5 goals is odds-on across the board but odds-against about a Wrexham victory looks better value.

The Red Dragons have gone six games unbeaten at home and can topple the mid-table Spitfires, who have won just one of their last eight matches.

Eastleigh
Reda Johnson (hamstring) and Michael Green (foot) are out and Ryan Cresswell (knee), Gavin Hoyte (hamstring) and Sam Togwell (thigh) are doubts, having only just returned to full training.

Key stat
Wrexham are unbeaten in their last nine matches.