Red Devils too hot for Saints to handle 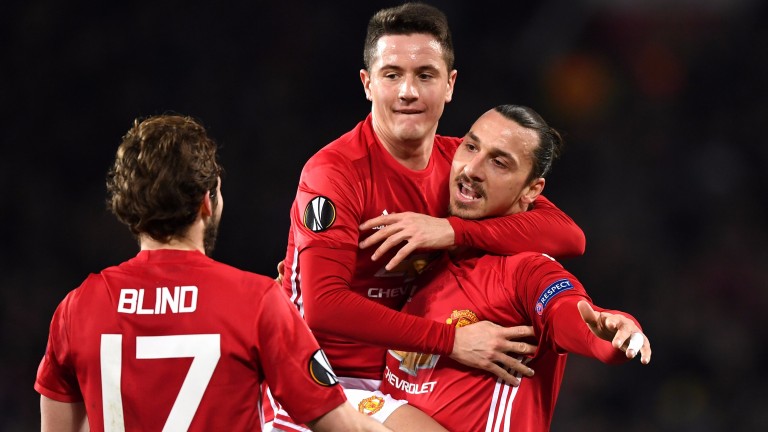 Southampton's only piece of silverware was won courtesy of an against-the-odds victory over Manchester United in the 1976 FA Cup final, but bettors should be wary of backing a fairytale repeat.

Value hunters would be well-advised to steer clear of Southampton, too, as it is the underdogs who are priced a little short this afternoon.

So even those punters approaching this match with an 'anything can happen' view to a cup final should be aware that Saints are a full point shorter than they should be with the majority of bookies.

The other danger with assuming anything can happen is that while major upsets linger long in the memory, it's largely the case that the top teams do the business on the big stage.

That's particularly the case with Manchester United and Jose Mourinho, with the Red Devils winning on their last five Wembley visits (including extra-time successes) and Mourinho winning ten of the 12 cup finals he has contested during his trophy laden career.

The Portuguese's current squad is packed with seasoned winners, too, with the likes of Zlatan Ibrahimovic, Paul Pogba, Michael Carrick and David De Gea all proven performers under cup-final pressure.

The loss to injury of Henrikh Mkhitaryan is a blow for United but Anthony Martial is a like-for-like replacement. While lacking the form and confidence of the man he is replacing, Martial should offer the same pace and directness of the Armenian.

Mourinho's opposite number has plenty more to ponder as he arrives at Wembley and Claude Puel's men have impressed and infuriated in equal measure this season.

The two-legged defeat of Liverpool in the EFL Cup semi-final was a superbly masterminded performance and Saints look a classy outfit when unpicking lesser sides, as seen with their recent 3-0 defeat of Leicester and 4-0 win at Sunderland.

However, they disappointed in the Europa League, failing to escape a weak group, and have not won any of their six meetings with top-six teams this term. And the two draws they did claim against the big boys were both earned largely thanks to the excellent defensive work of centreback pairing Jose Fonte and Virgil van Dijk, but Fonte has since moved to West Ham while Van Dijk remains sidelined through injury.

The arrival of former Napoli striker Manolo Gabbiadini has provided a boost for the Southampton front line, but the Italian international and his fellow attackers could be feeding off scraps from an overworked Saints midfield.