Real Madrid to show their Champions League quality against Juventus 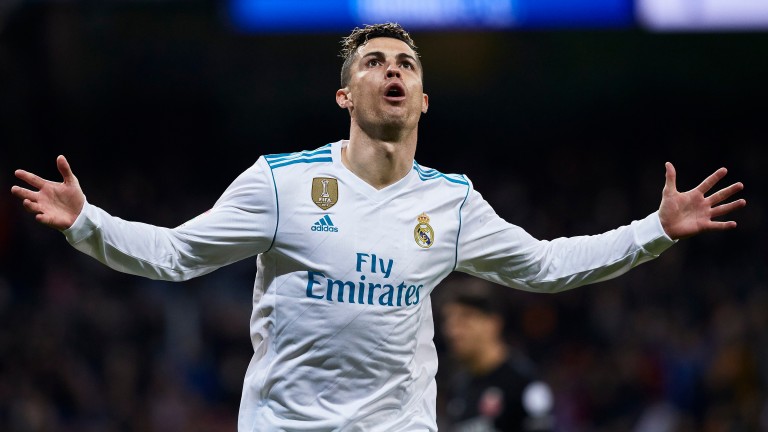 Real Madrid showed Juventus who were Europe's top dogs in last season's one-sided Champions League final and they can confirm that superiority in this year's quarter-final.

The first leg in Turin should be closer than June's final was as Real ran riot to land a 4-1 success. But overall not enough has changed in either side to flip the result and former Juventus favourite Zinedine Zidane is fancied to take a positive result back to Madrid.

Real dominated midfield in that Cardiff cracker with Casemiro, Toni Kroos and Luka Modric running rings around Juventus and the absence through suspension of Miralem Pjanic makes the task that much tougher for the Italians.

How Juve find a solution to their Pjanic problem could well determine this first leg, but the Bosnian is not their only banned starter with centre-back Medhi Benatia having picked up a costly caution in the comeback win over Tottenham in the previous round.

That Juve found a way to win against Spurs was commendable, although they were outplayed for much of the tie and were notable drifters in the betting markets, presumably due to their poor expected goal ratings in Serie A.

Despite being four points clear of Napoli, Juve are said to be overachieving by nearly 20 points and their season was summed up in the Milan match on Saturday as the Old Lady were hanging on at 1-1 before landing a couple of sucker-punches from almost nowhere.

Milan were the better side and still lost. That's what Juve do to just about every side in Italy and with Gonzalo Higuain and Paulo Dybala they will always be an attacking threat at some stage.

However, if their midfield fails to function then Real Madrid, comfortable winners over Paris St-Germain in the previous round, will take them to the cleaners with Cristiano Ronaldo leading their attack.

Ronaldo, who was rested for Saturday's win over Las Palmas, has scored 23 goals in his last 13 games for club and country and already has 12 in this season's Champions League.

With Ronaldo in the side it is no surprise that Real Madrid have scored in 20 of their 23 away games this season and two clean sheets in the last 15 does not tell the whole story.

Zidane's side have been lackadaisical for months but when they needed to step up against PSG they did so in style.

Juve will put their hopes in a fantastic home European record of just one defeat in 32 matches at their new stadium, a commendable run, as is their 25 games unbeaten in all competitions since November 19.

However, they rarely come up against the quality of Real Madrid, a side who have won the Champions League in three of the past four years.

Real Madrid
Nacho has been ruled out through injury.

Key stat
Real Madrid have lost only two of their last 27 European fixtures.