Holders can prolong their grip on trophy 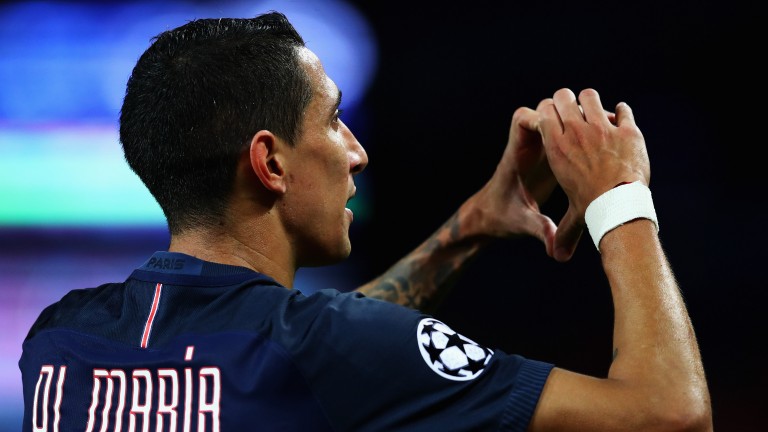 Champions League holders Real Madrid showed a champions mentality to dig out a 3-1 victory at home to Paris St-Germain last month and can finish the job with a draw at the Parc des Princes.

Before the match at the Bernabeu there was talk of a changing of the guard with cash-rich PSG getting ready to knock the mighty Real - European champions in three of the last four seasons - off their pedestal.

The French side looked assured for the majority of the contest and made the perfect start when Adrien Rabiot slotted them into a 33rd-minute lead.

But Real worked their way back into the game and PSG showed their inexperience at several key moments.

Midfielder Giovani Lo Celso needlessly gave away a penalty on the stroke of half-time and PSG manager, Unai Emery, took a backward step midway through the second half by replacing striker Edinson Cavani with right-back Thomas Meunier.

Zinedine Zidane took the opposite approach, sending on attacking trio Gareth Bale, Lucas Vazquez and Marco Asensio, and his bold moves paid off handsomely as Real struck twice in the final ten minutes.

Emery may have learned from his mistake and has spoken of the need to play more with the heart than the head in an attempt to turn the tie around.

Even with Neymar sidelined there is enough firepower in the PSG ranks to cause Real serious problems.

Neymar's likely replacement, Angel Di Maria, will be confident after scoring seven goals in his last six appearances and has fond memories of scoring twice in last season's stunning 4-0 success at home to Barcelona.

But Neymar's ability to find space between the lines and find a decisive pass or finish is sure to be missed against a Real side who can afford to sit in and play on the counter-attack.

Real are 15 points adrift of Barcelona in La Liga but their performance in the first leg against PSG was a reminder that they retain the capacity to deliver on the big stage.

They have been focused on the PSG tie from the moment the last-16 draw was made and, having got into such a strong position, they are unlikely to let it slip.

Scoring an away goal would make their task a lot easier and they should have their moments against a PSG side who have a history of making defensive errors in elite European matches.

They showed defensive naivety at times in the first leg against Real and any more mistakes could be ruthlessly punished by Zidane's side, who have scored in each of their last nine Champions League away games.

It should be another fascinating encounter with opportunities at both ends but Real can do enough to preserve their two-goal advantage.