Ravens could put down a challenge 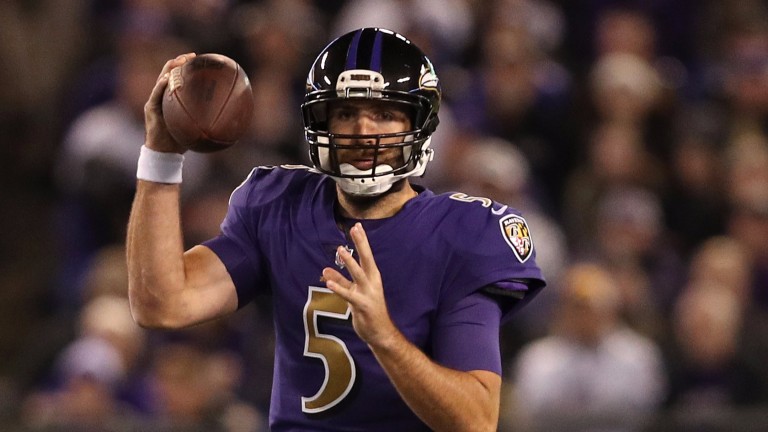 Dallas are bidding to wrap up a quick treble of AFC North victims after beating Cleveland and Pittsburgh in the last two weeks.

The Cowboys have roared into contention to represent the NFC in the Super Bowl with an impressive 8-1 start and rookies Dak Prescott and Ezekiel Elliott showing the way.

The Dallas quarterback and running back both benefit hugely from playing behind the best offensive line in the league.

But this game is no gimme for Dallas, who are facing the best defence they have seen for a while.

It will be a blow for Baltimore if cornerback Jimmy Smith and linebacker Elvis Dumervil are both ruled out, but they are worth supporting with a big handicap start.

The Ravens had been on a four-game losing streak before their bye week but are top of the AFC North and should provide a real test for Dallas, who got a scare on Friday when wide receiver Dez Bryant tweaked his back.

The Cowboys are the most impressive side of the season but this may not be easy.

Dallas
Wide receiver Dez Bryant (back) was limited in Friday’s practice but is expected to play. QB Tony Romo (back) should be active for the first time this season but Dak Prescott is the starter now. Left tackle Tyron Smith (back) and defensive end Demarcus Lawrence (back) are questionable but are likely to play.