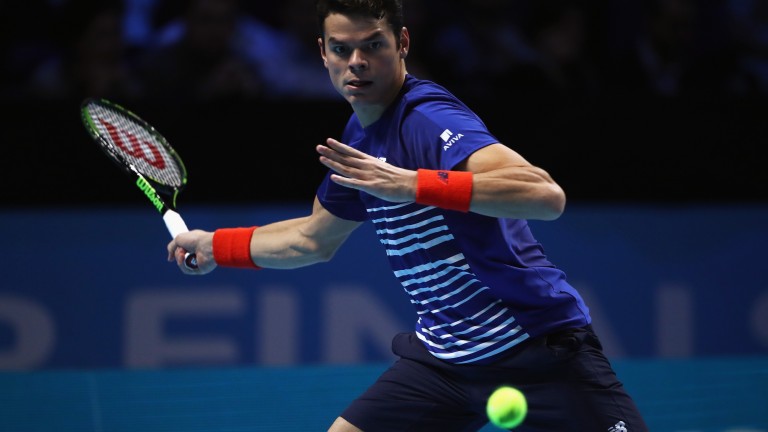 Tennis fans could be set for a dream scenario at the ATP World Tour Finals after Andy Murray defeated Stan Wawrinka in his final group match yesterday to tee up a potential number one ranking decider with Novak Djokovic, but first the Briton must face big-serving Milos Raonic in the afternoon semi-final.

Murray showed why he is currently the world’s best player as he dismantled Wawrinka in straight sets, showing no ill-effects from Wednesday’s marathon-match against Kei Nishikori to extend his winning streak to 22 consecutive matches.

He will be eyeing a career-best 23-in-a-row against Raonic but the Canadian giant is likely to have other ideas.

It would be ironic if Raonic was to defeat Murray, as it was his withdrawal from the Paris Masters which paved the way for the Scot to ascend to the top spot.

The 25-year-old slammed his way into the last four in London with straight-sets wins over Gael Monfils and Dominic Thiem and is not an opponent to take lightly as he bids to end the year in the world’s top three.

Although he came up short against Djokovic, Raonic was unlucky to lose in two tiebreaks. But Murray has won all six of their meetings this season – including the Wimbledon final – and he should edge this at short odds of just 1-4.

But Raonic has served so well this week and the Canadian shouldn’t allow Murray to run away with the match. He appeals on the handicap with a 3.5-game head start.

Djokovic faces Kei Nishikori in the second semi-final and the Serbian looks fiercely determined to regain the number one spot that he believes is rightfully his.