Ranked: All 20 Premier League clubs in order of finishing position

Plus, Racing must make the most of Khadijah Mellah's marvellous milestone 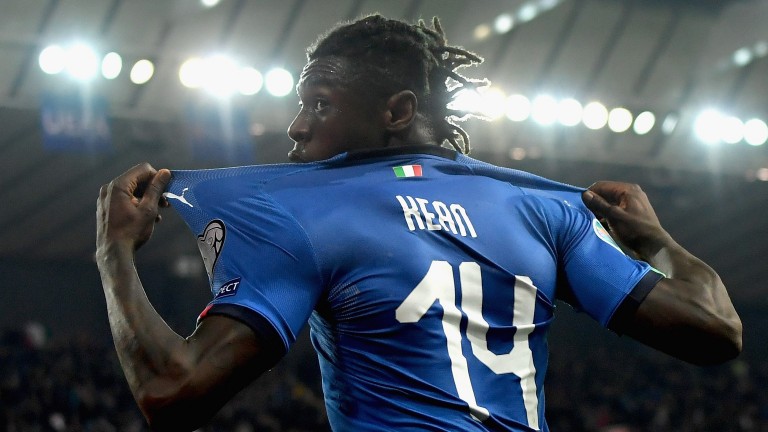 Last year’s attempt to predict the final Premier League table was one of the more successful stabs I’ve had down the years, if you gloss over the appearance of Fulham in eighth place, and this time confidence is high that I will be able to write something next May about what a genius I am, under the headline ‘Bruce foresight’. Here goes:

The European champions are probably slightly less likely than Manchester City to win the league this season but on value grounds they have to be given top spot.

There was next to nothing between them last season so it is difficult to see why it’s 1-2 City and 3-1 Liverpool.

I predict the Reds will be every bit as strong this term and also that we will start to get just a little bit fed up with Jurgen Klopp, who has already had a good moan about the fixture list.

They are the best English side I have ever seen and their squad looks even more impressive as they embark on a title hat-trick bid.

Pep Guardiola cannot field anything other than a great side every game given the depth of talent at his disposal but, as stated, the gap between them and Liverpool in the betting just looks wrong.

If there was a competition to win a fortune by naming the 1-20 and you had two bankers, Spurs and Watford would be mine.

Spurs cannot realistically bridge the gap between themselves and the top two but they look by far the best of the rest and, having finally moved into their beautiful new home, should have another excellent season.

Things could be about to change as far as the old big six goes. Leicester have the squad to zoom back into not just the top six but the Champions League.

Getting £85m for Harry Maguire is tremendous business for the Foxes, who can get a perfectly competent replacement for a fraction of that, and the addition to the creative ranks of Tielemans and Perez will make them hard to defend against. I cannot for the life of me work out why Jamie Vardy is 20-1 for the Golden Boot.

Another team in blue and white heading in the right direction, Everton might just miss out on their first Champions League qualification in 14 years but they could enjoy an excellent season.

This is to a large extent dependent on whether or not they buy Wilfried Zaha, but if he comes he will form a front three alongside Richarlison and Moise Kean that could go on a serious rampage. There is quality throughout the rest of the side and their summer transformation has been impressive, Wilf or no Wilf.

This is tricky. Chelsea could have quite a good season or a really disappointing one, but I’ll go for quite good because I think Frank Lampard is probably going to turn out to be an excellent coach and because, even though Eden Hazard has gone, they might just cling on to a top-six spot, not that that really counts for anything.

Defensively not a lot is likely to change, while the probable switching of N'Golo Kante back to a deeper midfield role can do no harm. But a strike force of Giroud, Abraham and Batshuayi does not carry an enormous threat and Hazard is borderline irreplaceable.

This may well be another standard season for United in the post-Fergie era. The positive for them is that, albeit at extraordinary expense, they have remedied a defence that was comically poor at times last term.

Further forward, however, few of the problems appear to have been addressed and it is easy to foresee Ole Gunnar Solskjaer feeling the heat before all the leaves have fallen to the ground. Their failure to offload Paul Pogba and replace him with a true leader and warrior could well haunt them as the season develops.

United may have sorted out their slapstick rearguard but there is little evidence that Arsenal have, and this could be a hilarious nine months, as the Gunners combine lethal attacks with laughably poor defending, often within minutes of each other. They will rue their idiotic decision not to pay Palace what they needed for Zaha.

I wish I could say I had a set of numbers that spell out loud and clear why the Hammers are going to have a fine season, but I don’t compile numbers.

I just stare into the sky for a few seconds and come up with some half-arsed opinion. Which, in this instance, is that West Ham have the talent and the manager to easily cement a top-ten place.

You had to admire what they did last season and yet it doesn’t necessarily feel as though further progress is assured. They could do with learning how to overcome inferior teams by taking the game to them instead of being the Premier League’s ultimate counter-punchers and a Europa League campaign rarely contributes to a high league position.

The top ten look a notch above the Hornets but they should have easily enough about them to reach mid-table safety nice and early. The danger might be that if bigger clubs start poorly and ditch their manager they could come knocking for Javi Gracia.

Earlier this summer I wondered whether Bournemouth might just struggle this season, based on the fact their attractive style of play doesn’t translate into hard wins and draws as regularly as it looks like it should. But then they strengthened their squad as impressively as ever and, while it is very much any three from nine for the drop, they ought to be okay.

After Ralph Hasenhuttl replaced Mark Hughes, Saints collected points at a rate that would have earned them 49 over the course of a whole season. Some smart summer signings give them a decent chance of staying up although the bookies seem to have them in just the right place in the relegation market.

One of this column’s favourite mantras is that team spirit is the most underrated quality in football and I believe Sheffield United will prove that this season by staying up with a blend of grit and quality.

Chris Wilder looks just the sort of manager to get them fighting for everything from first whistle to last.

Largely on the basis that the promoted sides are generally priced up too short to go straight back down, Villa get a tentative vote to survive under their impressive boss Dean Smith, but it is likely to be with a points total that starts with a three rather than a four.

There’s no point trying to work out how – suffice to say what they do when not in possession is superb – but they just will stay up. And that’s something you should never forget even when they are getting battered 5-0 by Liverpool at the end of this month.

Oh, Wilf. Did it have to end this way? I thought you’d put all your stuff in your mate’s van and we’d go down the pub, have a drink and one last hug and then you’d go off and start your new life and we’d still be friends. But no, instead you had to spit in my face and tell me our love counted for nothing. Bollocks to you. Bollocks to football. Bollocks to life.

Only hapless Huddersfield got more points in the second half of last season than Albion, who have changed managers but may not change performance levels.

Steve Bruce for Rafa Benitez is a major dugout downgrade and even though the Magpies’ relegation price has shrunk considerably since the end of last season it is arguably still not short enough. The first few games will be crucial.

A decent start would quell the disquiet, but they face a tricky opening run against Arsenal, Norwich, Spurs, Watford and Liverpool, and if they are near the foot of the table at the end of those tests the toxic atmosphere at St James’ Park will make life even tougher for Bruce and his players.

There is so little between the front nine teams in the relegation market that Norwich have a perfectly fair chance of surviving.

But they are a club who, like West Brom, have lived between the bottom of the Premier and the top of the Championship for years and know a sensible approach to promotion – give yourselves a chance of staying up but don’t bet the farm like Fulham did – insulates against future financial strife if they do go down.

It will be interesting to see how last year’s hotshot Teemu Pukki gets on at a higher level. He pretty much has to keep finding the net or it will be a difficult season for the Canaries.

Racing must make the most of Khadijah Mellah's marvellous milestone

What a delight it was to be at Goodwood last week to see Khadijah Mellah, in her beautiful butterfly-themed silks but more importantly her hijab, cross the line in front in the Magnolia Cup charity race.

And the media’s appetite for the story was equally uplifting as her broad smile was beamed around the world in newspapers, news bulletins and on social media.

BHA chief Nick Rust called Mellah’s feat “a clear message that this is a sport that is inclusive and open to all and one that can appeal to varied and diverse audiences”.

Far be it for me to attempt to take the gloss off what was a wonderful moment for racing, but there is much work to be done before anyone can tick the box marked ‘racing offers equal opportunities to all regardless of gender, colour or nationality’.

That will only be done when nobody notices where a jockey comes from or what his or her religion is, and that day still does not feel especially close.

I remember what a big deal it was when Viv Anderson, in 1978, became the first black person to play football for England. It has long since stopped being an issue what colour Three Lions debutants are, so hopefully the same will happen with jockeys in the end.

But, as an example of how we are not there yet, a leading trainer told me recently he still has plenty of owners who would not take kindly to being told he was putting a female jockey on one of their horses.

Rose Grissell, the head of diversity in racing, sounds encouragingly determined to build on the significant value the sport got from the Magnolia Cup, but there needs to be considerable focus from all racing professionals to ensure it is attractive as a participation or spectator sport to people from all backgrounds.

It would be a crying shame if Mellah’s magnificent triumph was a mere one-off rather than a key milestone in the quest to make racing truly diverse.