Shot-shy rivals unlikely to make much of a mark 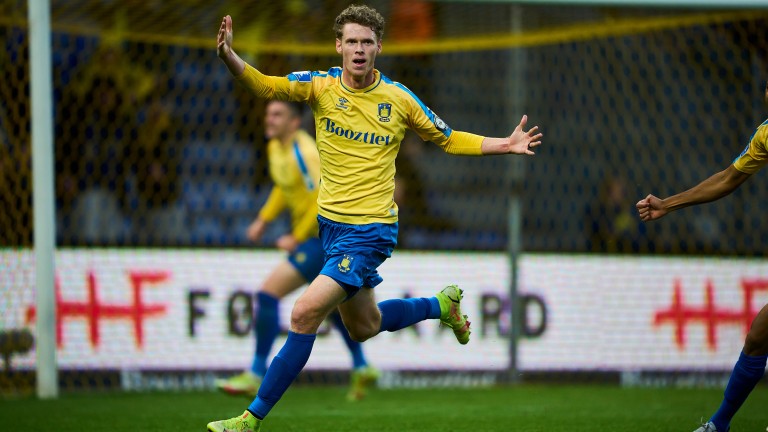 Brondby
First-choice goalkeeper Mads Hermansen is set to miss out, along with Peter Bjur, Mathias Greve and Rasmus Wikstrom.

Neither Rangers nor Brondby have managed to make the net bulge in this season’s Europa League group stage and defences may once again come to the fore at Ibrox.

This already feels like a must-win fixture for both sides but there is little incentive to back either outfit, particularly with Steven Gerrard’s Gers chalked up as odds-on favourites.

Rangers were beaten 2-0 at home to Lyon in their European opener before suffering a 1-0 defeat at Sparta Prague, while Brondby’s goalless draw with the Czechs was followed by a 3-0 reverse at the Ligue 1 outfit.

The Gers have managed just five shots on target in those two defeats and their Danish visitors have fared even worse, registering only one effort on goal.

Europa League regulars Brondby have lost nine of their last ten away games in the competition and although Rangers would appear the more likely victors, greater value lies in backing a low-scoring contest.

The Glaswegians made hard work of seeing off Armenian minnows Alashkert in qualifying, winning 1-0 on aggregate, and they are yet to replicate the performances that saw them romp to the Scottish title last season. Rangers went the entire 2020-21 league campaign unbeaten, but they have already dropped points in three of their opening nine games of their title defence.

Gerrard’s side have netted no more than one goal in 11 of their 17 outings this season, with under 2.5 goals copping in ten of those fixtures.

Defensive organisation has been key to much of their recent success and that discipline should ensure goals are again in short supply.

Only one of Rangers' last seven home games has rewarded backers of over 2.5 goals.