No stopping free-scoring Rangers from flying the flag 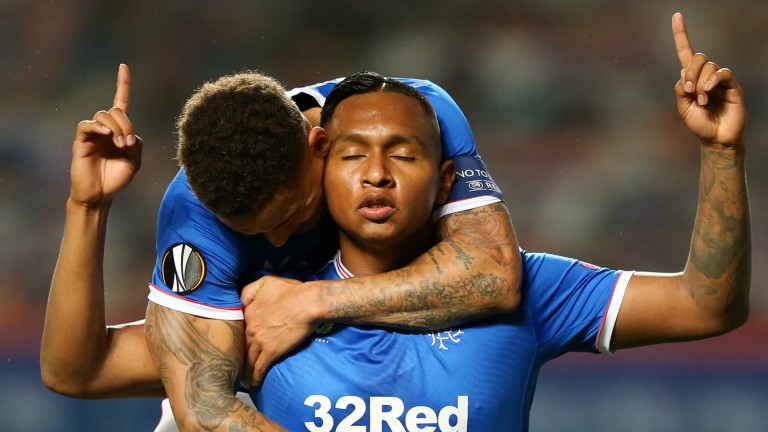 Rangers
Ryan Jack is a doubt. Bongani Zungu has been ruled out.

Steven Gerrard knows a thing or two about big European nights so he's just the man to be at the helm as Rangers prepare to march into the last 32 of the Europa League.

The high-flying Scottish side can do no wrong, either domestically or on the continent, and with Gerrard in charge they'll know exactly the approach required to bring down a Benfica side who are some way from their strongest or their best.

These two clubs are locked together on seven points at the top of Group D with the Light Blues top on away goals.

So they will still be top with a low-scoring draw, but the Gers are worth backing to pick up all three points, knowing that a win would see them into the knockout phase if Lech Poznan don't win at Standard Liege.

Gerrard has said the positive approach won't change and he'll go with his best resources, especially as his next assignment back home is Sunday's League Cup tie at Falkirk where he can summon his reserves.

The Rangers manager, a Uefa Cup and Champions League winner in his Liverpool days, has got his team flying at the moment to the extent that their 3-3 draw at Benfica in the reverse fixture at the start of the month was regarded as two points dropped rather than one won.

Given that they were 3-1 up against ten men, that's understandable, but they were excellent, as they have been all season.

They go into the game unbeaten in their last 20 with clean sheets in 16 of those and were so dominant in Sunday's 4-0 drubbing of Aberdeen that the gaffer was taking off key players early in the second half.

They are 11 points clear at the top of the Premiership having failed to win just two of their 15 matches – and they were draws.

In contrast, it's far from rosy in Benfica's garden.

They are third in a league where they are always in the top three so that doesn't mean an awful lot. What is significant, however, is that they conceded three goals in each of their three matches prior to Sunday's underwhelming 1-0 win over third-tier Paredes in the Cup.

Jorge Jesus was critical of his young side, although a number of them have travelled to Scotland as Benfica are missing several key men through injury and former Manchester City centre-back Nicolas Otamendi through suspension.

Rangers have won ten in a row at Ibrox with clean sheets in nine of those.