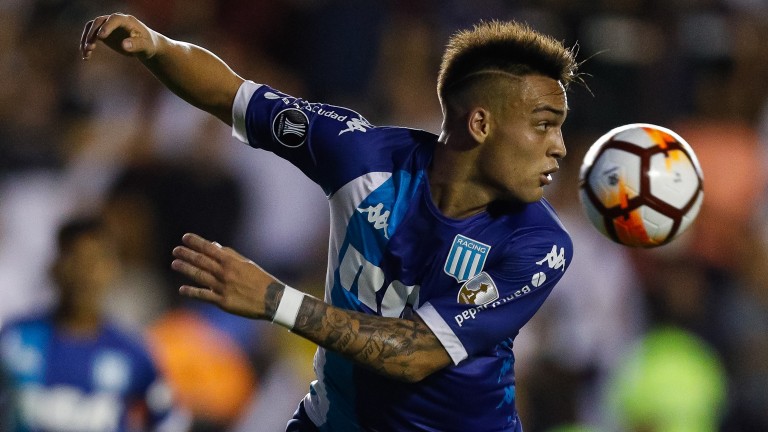 Universidad de Chile have performed well domestically this year, with seven wins from 11 matches in the Chilean Primera Division, but they could struggle to tame a prolific Racing Club side in their Copa Libertadores clash.

The hosts top Group E above Cruzeiro, the Chileans and Vasco da Gama, having amassed two wins and two draws, and they are the competition’s top scorers with ten goals.

The away side are as vulnerable at the back as Racing Club are clinical in attack.

Universidad de Chile have shipped 15 goals in their last three games, including a 7-0 drubbing by Cruzeiro, and Racing’s interchangeable front line look likely to capitalise on the flustered defence.

Racing’s 4-1-3-2 setup provides them with good width and manager Eduardo Coudet likes to rotate Neri Cardozo, Ricardo Centurion and Augusto Solari on the flanks which could prove problematic for a Universidad de Chile defence who have struggled to contain pace.

With the World Cup fast approaching, the competition’s top scorer, Racing’s Lautaro Martinez, will be vying to add to his tally of five goals and cement a spot in the Argentina squad.

The 20-year-old could be pivotal in the club’s attempt to build on a run of having scored in 16 of their last 17 matches.

The earlier group meeting between these sides ended 1-1 but the elevation of nearly 2,000ft in Santiago may have given the Chileans an advantage and Racing should have few issues recording three points on home soil.