Rampant Kang unlikely to keep up his blistering pace

Korean to be reeled in by better players 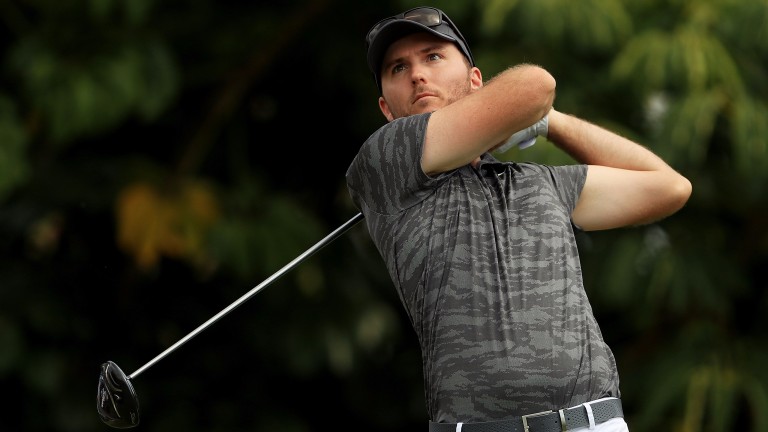 Sung Kang was a 250-1 ante-post rag for the Houston Open, but the Korean has forged a six-shot lead at the halfway stage.

Kang, a 29-year-old US Tour maiden who has won only on the Korean Tour, followed up his first-round 65 with a second-round 63 to set a blistering pace at the Golf Club of Houston. His 16-under-par total left the rest of the field chasing his shadow.

Rickie Fowler opened with a 64 to lead after round one, but the world number nine's Friday 71 dropped him to fourth place. Hudson Swafford and Russell Henley are sandwiched in between Kang, tied for second.

Punters looking for clues for next week's Masters will have noted the abysmal second round of Jordan Spieth, who made six bogeys in a 77 and missed the cut by two shots. Spieth was 7-1 Houston favourite on tournament-eve, but badly flopped.

Adam Scott and Henrik Stenson were other market leaders who felt the halfway axe – Stenson will be particularly alarmed by his five-over-par 36-hole total at a course on which he has previously performed well.

Kang is a best-price 6-4 to convert his advantage into a breakthrough victory, while Fowler is 5-1 and Henley is 6-1. There is an awful long way to go and Kang is far from home and hosed. He shot a second-round 60 at the Pebble Beach Pro-Am last year, but the magic quickly disappeared, a final-round 77 dropping him to 17th place.

Kang has missed eight cuts this year and is the world number 202. Swafford, Henley and Fowler are likely to be closer to the leader going into the final round, and one of the latter trio can take the title.

Third-round threeball punters are pointed towards Kyle Stanley, who could be a spot of value in the 5.30pm (UK and Ireland time) match. Stanley has been playing some good golf this season and he has a length advantage over his playing partners – Jason Dufner and Stewart Cink – which could prove decisive on a long, soft, open layout.