Ramanathan worth an interest to nail grass final berth

Smyczek playing well but experience may not save him 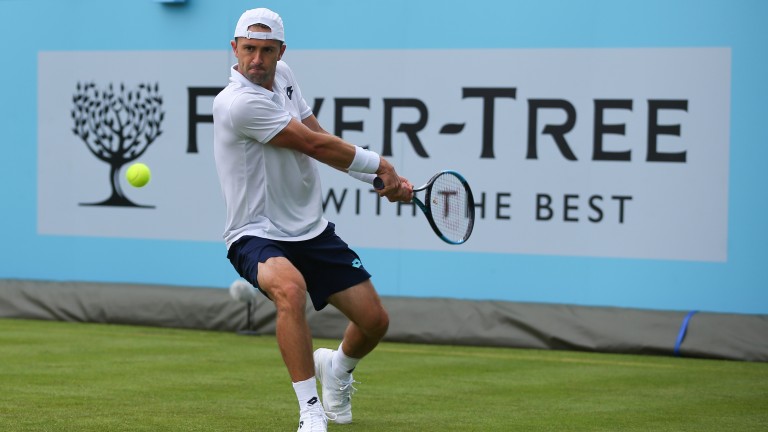 There's an unlikely semi-final in the Hall of Fame Open on Rhode Island with Tim Smyczek taking to the court against Ramkunar Ramanathan.

It's a first main-tour final for both players and perhaps goes some way to explaining why bookmakers bet 9-1 the field in what looked a wide-open heat before the Newport event started.

Most of the early support to win the last-four clash has been for the 30-year-old American Smyczek, the more experienced of the combatants.

However Ramanathan, who is bidding to become the first Indian to take the singles title since doubles specialist Leander Paes came up trumps in 1998, should not be written off after victories this week over Victor Estrella Burgos, Denis Kudla and Vasek Pospisil.

Kudla and Pospisil are decent operators on grass courts and so Ramanathan's chance should be respected. He is 6ft 2in and his tall, lean physique should be well suited to the demands of the green terrain, so he may be worth an interest at even-money.

Fernando Verdasco will meet Fabio Fognini for a place in the Swedish Open final, while BT Sport continue to show live action from the WTA Bucharest Open, where Petra Martic was the first player to win through to the last four.