Rakitic can lead the way as Barca bid to turn tie 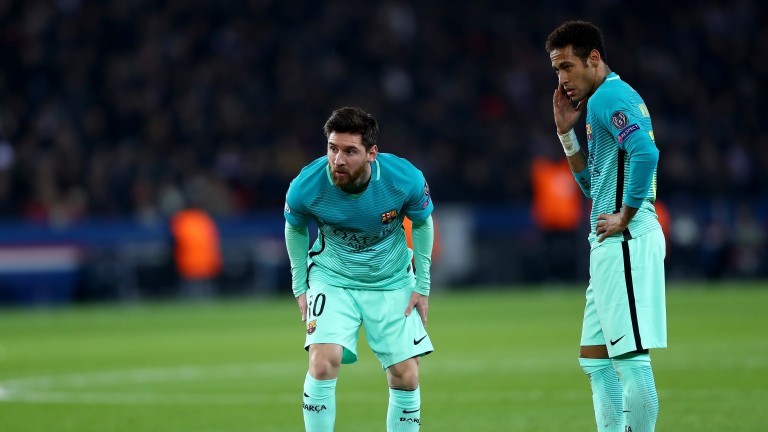 No club in the history of the Champions League have recovered from a 4-0 first leg deficit and Barcelona are unlikely to rewrite the record books against Paris St-Germain at Camp Nou.

The Catalans are likely to win on the night but an away goal looks likely for PSG, who should do enough to go through.

When a club of Barca's stature suffer such a damaging defeat there are always going to be repercussions.

Head coach Luis Enrique carried the can for the defeat and has announced he is to step down at the end of the season.

But Enrique is determined to go out on a positive note and has insisted his players will do all in their power to pull off a miracle recovery. Barca are 8-1 to progress and 1-16 to fall short.

Enrique has shown tactical flexibility by ditching the tried-and-trusted 4-3-3 formation which has served Barcelona so well in recent years, replacing it with an adventurous 3-4-3.

And early signs under the new system have been extremely positive with Barca winning three successive games by an aggregate tally of 13 goals to two.

They played the new system for the first time in a tough game at Atletico Madrid and responded with a merited 2-1 victory.

Thumping home wins over Sporting Gijon (6-1) and Celta Vigo (5-0) have followed and recent results are unlikely to have gone unnoticed by PSG, who will know they are in for a serious examination.

Barca can also take heart from this season's Champions League group stage when they registered wins over Celtic (7-0), Manchester City (4-0) and Borussia Monchengladbach (4-0).

The success over City shows what they are capable of doing against top-level opposition, but City missed some good chances on the night and PSG are unlikely to be as wasteful if similar opportunities arise.

An away goal would suck the life out of the tie and there are bound to be chances for PSG to counter against a Barca side whose wingbacks are likely to play high up the pitch.

The Parisians have scored in all of their seven Champions League matches this season and star striker Edinson Cavani will be confident after scoring 37 goals in all competitions this season.

The threat from the visitors is substantial but Enrique has no other choice than to gamble on an offensive line-up.

Luis Suarez, Lionel Messi and Neymar will pose the main threats but Croatian international Ivan Rakitic has been getting more freedom in the new formation and could threaten with his breaks from midfield.

Rakitic has scored in two of the three games since the move to a back three and is a tasty first scorer bet at 16-1.