Rain may be a factor as Rosberg tries to clinch title 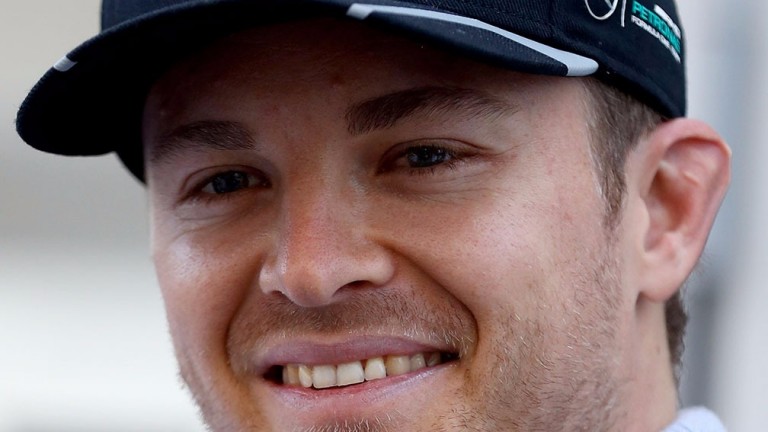 Nico Rosberg will want to clinch the drivers championship in Brazil
Getty Images
1 of 1
By Phil Agius 9:26PM, NOV 10 2016

Nico Rosberg’s second attempt to wrap up his first F1 title takes place in Brazil this weekend and a weather forecast of rain every day could spice things up.

Rosberg lost only seven points of his 26-point lead when finishing runner-up to teammate Lewis Hamilton in Mexico, and the Briton’s back-to-back wins have left him a 7-2 chance for the title with Sunday’s race in Sao Paulo and a finale in Abu Dhabi left.

Rosberg is 1-4 and will be champion if he wins either of the last two races, while even if Hamilton ends the year on a winning streak of four, two more runners-up spots would be enough for the German.

The Mercedes pair have been first and second in the opening practice session at the last four races, with Hamilton leading the way in the United States and Mexico.

The threat of rain is not severe for Friday’s first practice, and it may even take place on a drying track but committing to a bet on either Mercedes man at 6-5 or shorter is not appealing given the possibility of changing track conditions. Force India haven’t dropped off the pace over the season as they sometims have in the past and Nico

Hulkenberg is an interesting each-way option at 80-1 with Sky Bet, who offer three each-way places for practice (as do bet365 and Ladbrokes).

Hulkenberg was in the top five in the last two first practices, and will have fond memories of the track after taking a famous pole in drying conditions for Williams in 2010.

Hamilton is 10-11 favourite for the race and the same price to go fastest in qualifying.

Circuit characteristics An anti-clockwise track with long, fast corners which is rustic by today’s standards, though it has been resurfaced recently. Sudden, heavy rain showers are a regular feature of race weekends